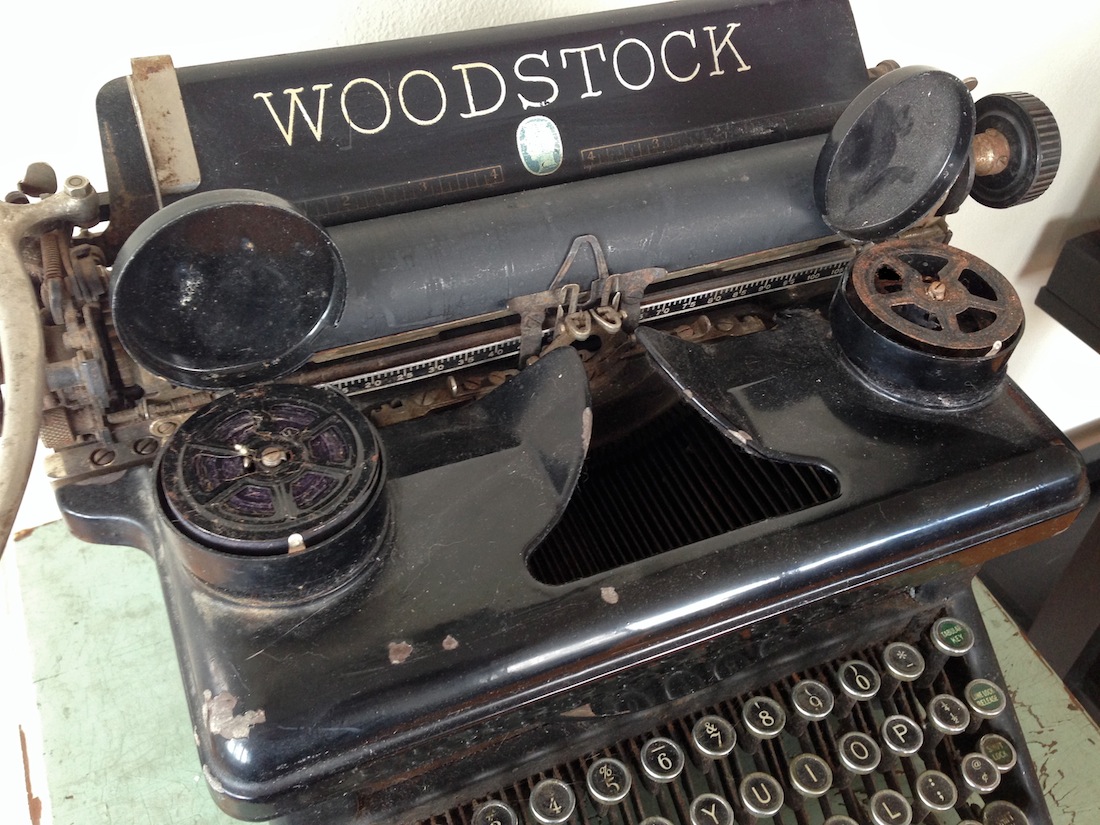 Though it was built 11 years after the machine profiled on our primary Woodstock Typewriter Company page, this 1933 design is still identified as the same model type—No. 5—just with some minor structural and aesthetic updates from A.C. Roebuck’s original. The top and sides of the machine, for example, are now closed rather than open, and the stylish Woodstock lettering and golden eagle logo—displayed prominently on the paper table during the early 1920s—are completely gone; possibly to avoid any connections to a new political party in Germany that had adopted some similar iconography.

What we’re left with, then, is a utilitarian machine with a bit of a dull, Depression-appropriate aesthetic. The new Woodstock logo—a small thumbnail of the Greek god Hermes—looks like it was blindly selected out of a public-domain grab bag, while the updated WOODSTOCK font echoes the simplicity of rivals Underwood and Royal, without the sophistication. Functionally, a correspondence model Woodstock like ours was pretty solid for its budget friendly price tag. In the early ‘30s, the Equipment Research Corporation of Chicago noted the Woodstock’s main selling points: “light action, open face construction, speedy in operation, quiet to the point of best operation and efficiency, and other features desirable on a standard typewriter.” 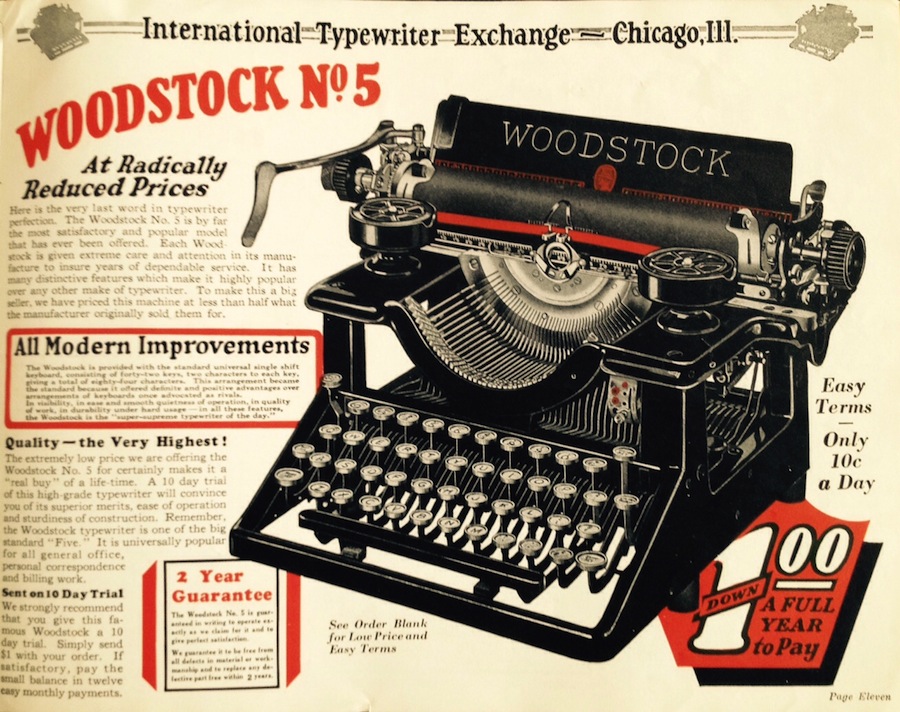 [Dating from around 1930, this ad shows the new Woodstock logo on the paper table, but still features the open top and sides as found on our 1922 machine]

On its own, it’s unlikely this particular era of Woodstocks would have left much of a legacy. Thanks to an unusual piece of American political intrigue, however, it has achieved a lasting cult status.

Typewriter enthusiasts will tell you that, much like a piano, every old machine has its own unique character—a fingerprint that differentiates it from all others; even those that share its make, model, and manufacturing year. At the surface level, our old Woodstock might look like a few hundred other rusty survivors churned out during the company’s middle period in the late ‘20s and early ‘30s. But as the trial of Alger Hiss shows, no two typewriters produce the exact same type. And “typewriter forgery”—a ridiculous concept in our modern world of uniform keyboards—may have actually helped put a man in prison.

Alger Hiss [pictured] was a former U.S. State Department official who, in 1948, became the focus of one of the country’s most publicized espionage cases. To the shock of millions, Hiss—a Baltimore native who’d presided over the founding of the United Nations, and who traveled with FDR to the Yalta Conference during World War II—was now accused of having been a Soviet spy the whole time. As you can imagine, this was juicy stuff.

Hiss was implicated by a Time magazine editor and admitted ex-Communist, Whittaker Chambers, who testified to the infamous House Committee on Un-American Activities that Hiss had been connected with underground Communist networks since the 1930s. When Hiss denied the claim and charged Chambers with libel, Chambers responded by producing supposed physical evidence of Hiss’s treachery: “the Baltimore documents.” Essentially, Chambers claimed that Hiss and his wife Priscilla had taken classified U.S. documents, re-typed them at their home, and then passed them on to Chambers to supply to the Soviets. The typewriter used to commit this crime? A Woodstock, obviously!

And so, in a true “stranger than fiction” moment in American legal history, a wild goose chase began for the model No. 5 Woodstock that had once belonged to the Hisses in the 1930s. If the typewriter could be produced, and the tiny details of its typeface exactly matched that of the Baltimore documents, it would help theoretically prove Hiss’s guilt. Meanwhile, if the font didn’t fit, logically, you would have to acquit. I guess.

The problem, among many, was that the Hisses had long since parted ways with their vintage 1927 Woodstock. But where some accusers might have seen this as a stumbling block for the prosecution, others—like an ambitious, 35 year-old California congressman named Richard Nixon (chair of the committee doing the investigation)—saw an opportunity.

As both the FBI and Hiss’s defense team tried desperately to track the serpentine ownership path of the original Woodstock in question, the conclusion seemed to be that the machine had been in disrepair when the Hisses had given it away a decade earlier, and—even if found—wouldn’t necessarily offer much insight into any connections to the Baltimore documents. But then, lo and behold, a Woodstock with the serial number N 230,099 magically appeared in court, in fine condition, and was introduced as the mythical typewriter that once sat in the Hiss home. 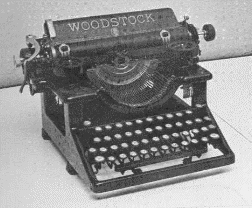 It was Hiss’s own defense team that had stumbled upon the machine through various back channels, and they clearly believed it to be authentic and presumably helpful to their cause. Actual FBI records released since the Freedom of Information Act, however—along with Nixon’s own accounts—indicate that the Bureau seemed to know from the beginning that the discovered Woodstock, Exhibit #UUU, was NOT the real thing. Some suspicious notes even suggest that the FBI actually “found” the bogus N 230,099 typewriter first, then essentially planted it on the defense team as a smoking gun. At the very least, just about everyone agrees in retrospect that the actual, original Hiss Woodstock was never found, and had probably long since ceased to exist.

Nonetheless, the typewriter entered into evidence in 1948, the Woodstock #230,099, produced text remarkably identical to the evil machine used to make the Baltimore documents, and it was eventually an essential piece of evidence in sending Hiss to prison for perjury in 1950 (statute of limitations prevented more heinous charges). He served nearly four years behind bars.

Hiss would maintain his innocence right on through to his death in 1996, citing “forgery by typewriter” and a frame job by the prosecution and Whittaker Chambers, with likely help from higher-ups. His claims still have a lot of support from modern day investigators, who point out that (a) Woodstock #230,099 would have rolled off the assembly line in 1929, two years after the Hisses had purchased their typewriter, (b) Woodstock #230,099 was later supposedly found to have been tampered with, with older Woodstock type slugs carefully attached to a 1929 frame, and (c) Richard Nixon was deeply involved in the Hiss case, riding the popular wave of the story to the Vice Presidency just two years later. 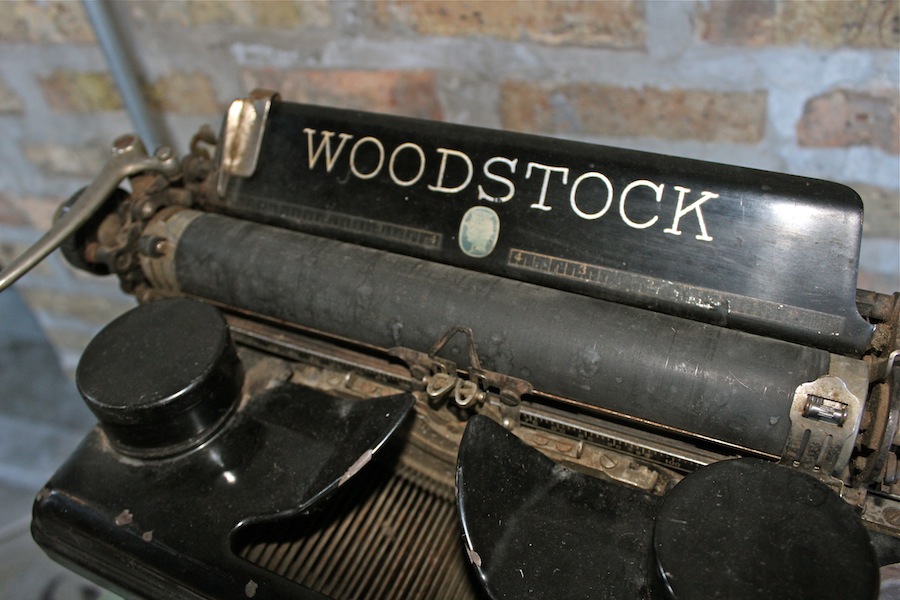 Why Hiss’s first defense team didn’t do their due diligence on this from the outset may simply have been a result of naivety. “How could anyone forge an entire typewriter anyway?” Well, conspiracy theorists certainly believe that the FBI—out for blood on Hiss, who was a vocal left winger if nothing else—worked long and hard to build a custom-made Woodstock that would re-create the look of the Baltimore documents when presented in court. It’s an incredible, far-fetched, but kind of believable story for this dark period of blacklists and witch hunts. But proof is hazy at best, and the U.S. government—as recently as the past decade—still firmly denies any such thing.

The CIA’s own website even published a long piece on the Hiss case by John Erhman, suggesting that Hiss remains the most likely candidate to have been the spy known by the KGB as “ALES,” and that all arguments to the contrary are weak and unsubstantiated at best. He also suggested those still defending Hiss could be setting a bad precedent.

“The pro-Hiss view,” Erhman wrote in 2008, “consistent with Progressive views from the late 1940s through the present, fixed responsibility for the start of the Cold War squarely on the United States, argued that the government greatly exaggerated internal and external dangers, and claimed that the Hiss case started the McCarthy period. Should this view gain ground in the academy and in popular accounts of the late 1940s and 1950s, debate on current issues will be affected. Intelligence and security agencies may find their analyses of threat under intense suspicion–if the government framed Hiss as a spy and covered it up for six decades, why should Washington’s current claims of internal threats be believed?–because of suspicions that old hysterias are returning. That would be a sad and dangerous development.”

Now that we’re over 60 years removed from the trial and about 80 years on from the alleged creation of the Baltimore documents, it seems unlikely that Alger Hiss will ever be completely cleared, or that firm proof of his true allegiances will emerge. Maybe he did use his old, trusty Woodstock as a tool for treason. Or maybe he just liked typing up friendly letters to FDR as the whisper quiet Woodstock No. 5 rolled along. Either way, this typewriter remains a part of American, and Chicago, history. 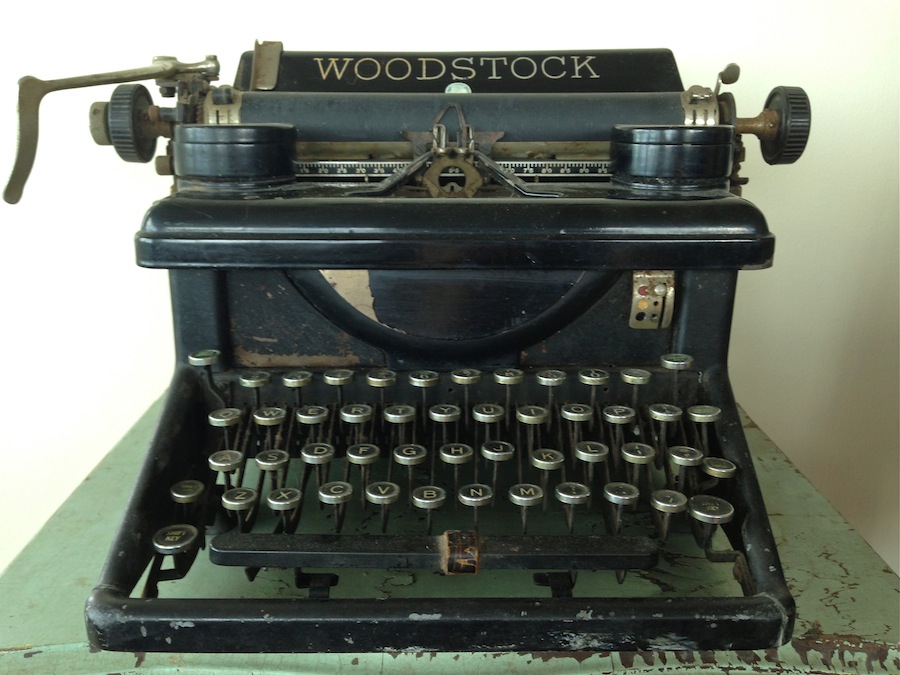 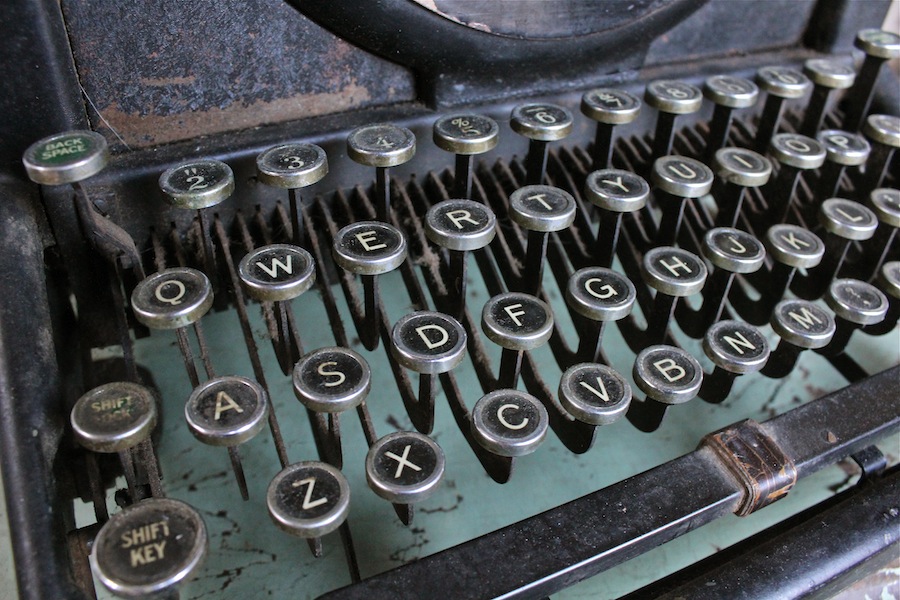 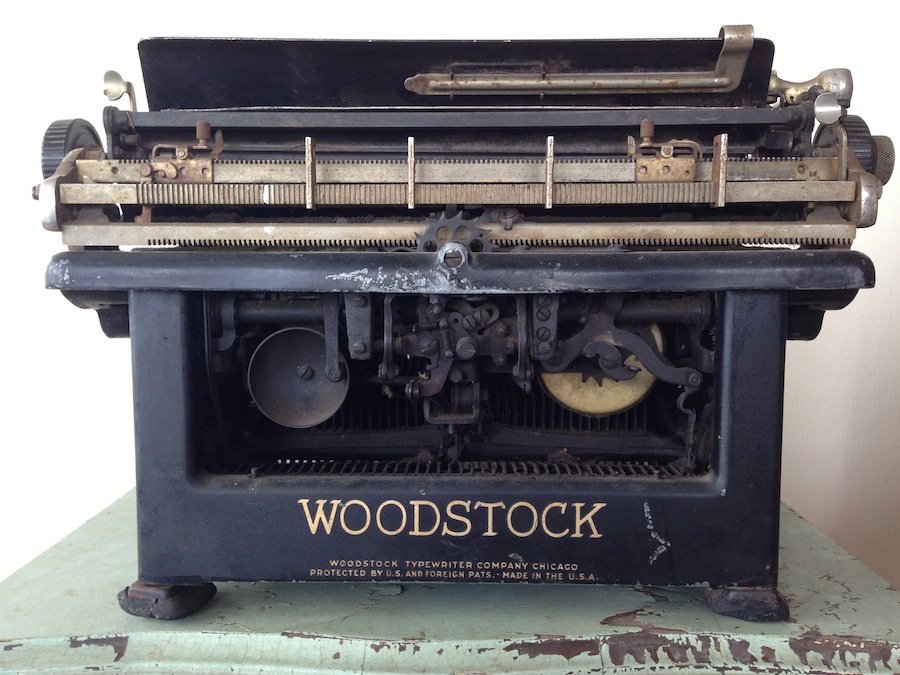 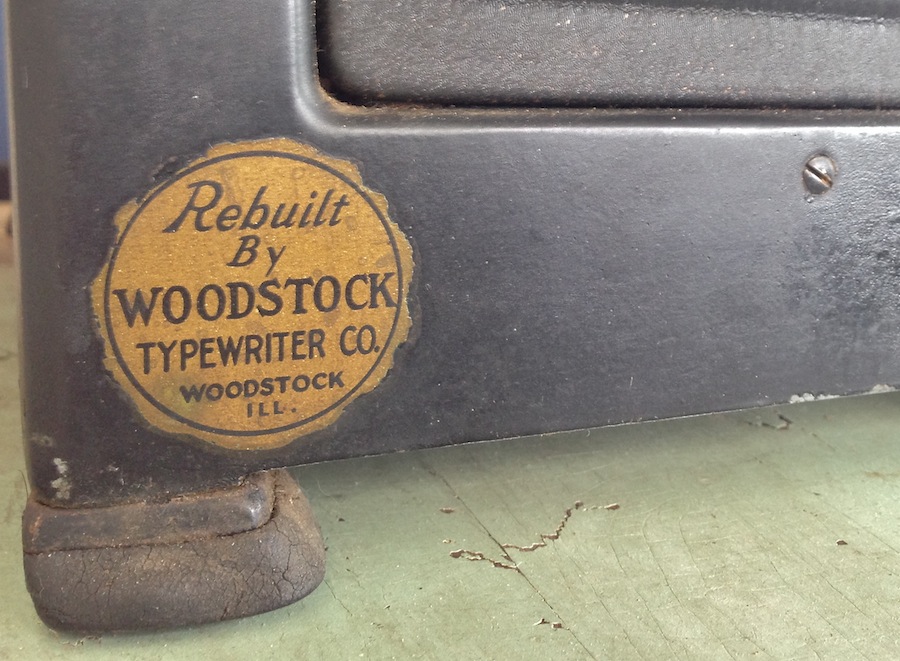 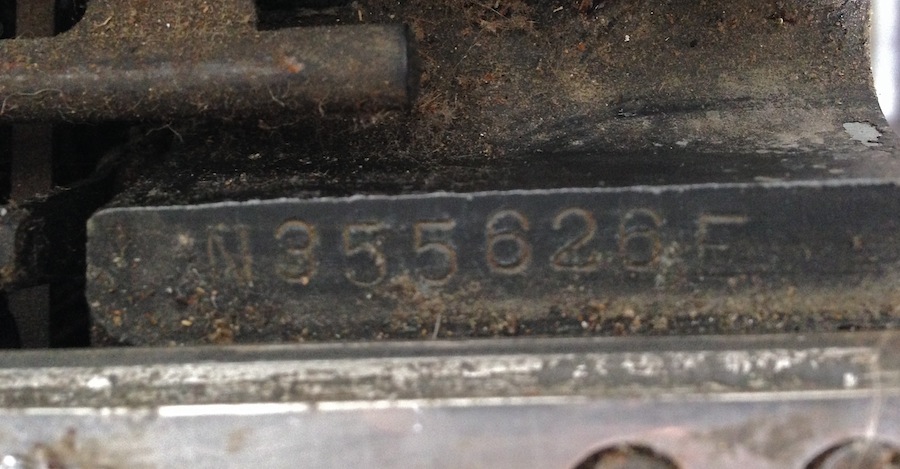 “Hiss and Hers,” by Sue Sanders