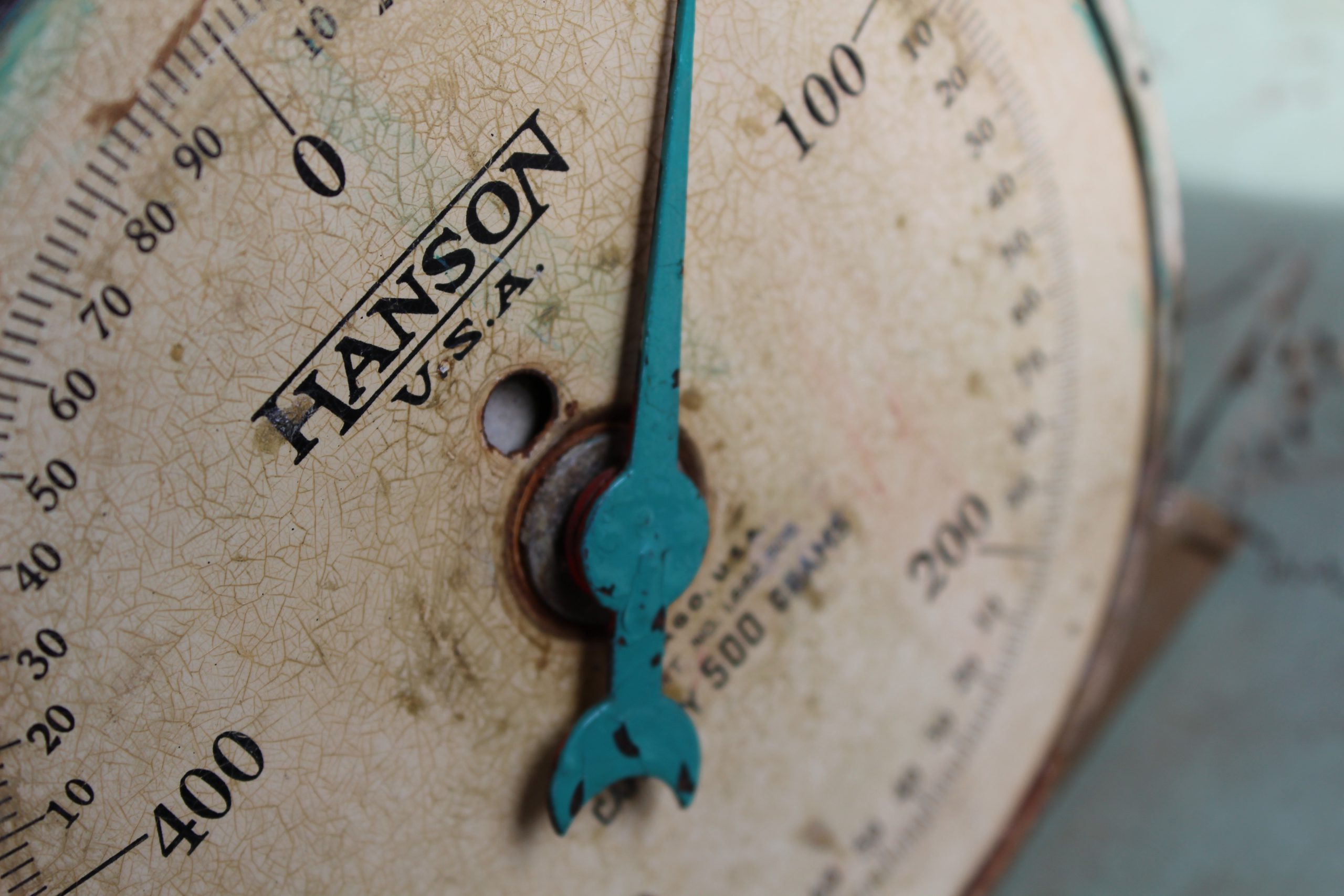 “This is the authoritative scale for individuals whose safety requires that they accurately weigh each portion of their food in grams. Any Hanson Diet Scale is easy to use, and so sturdily constructed that it may be carried from room to room and still retain strict accuracy.” —Hanson Scale Co. catalog, 1936 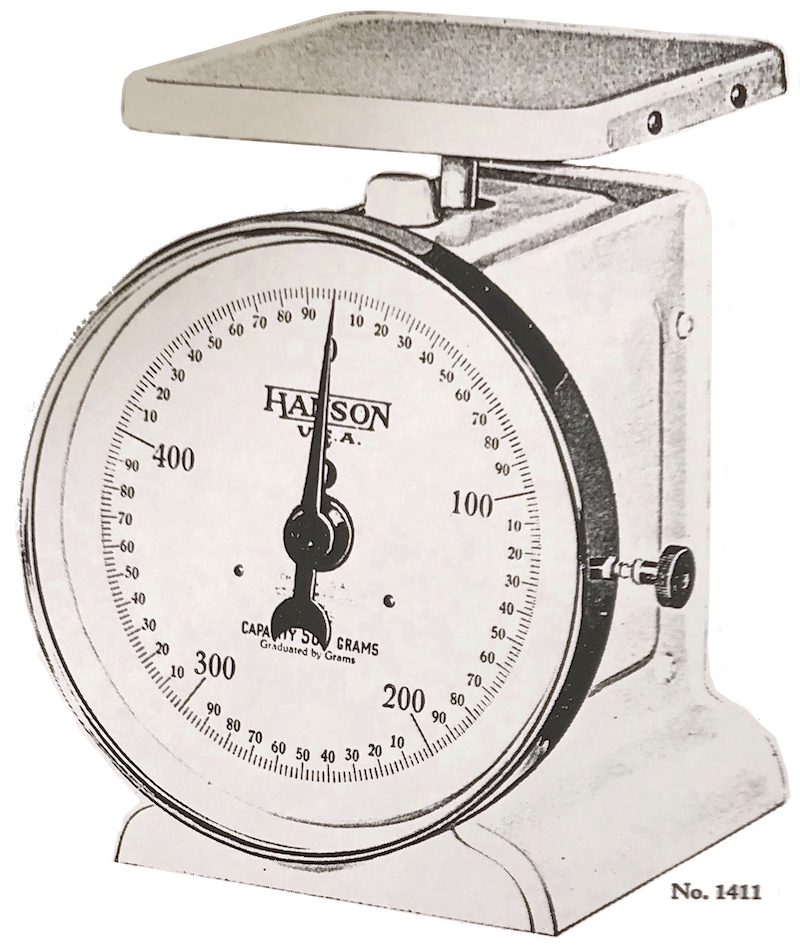 Sold throughout the ’20s and ’30s, this Model 1440 Hanson diet scale measures up to 500 grams, and features a rotating 6.5″ diameter dial (white enamel), a 5.5″ porcelain enamel platform, Swedish steel springs, and a set screw for adjustments. The device, which generally sold for about 10 bucks, also included a mechanism invented and patented by Hanson Scale Co. co-founder Marius Hansen in 1928; noted on the dial as U.S. patent number 1,682,506. The gold colored body and teal blue pointer on our artifact may or may not have been original options (me thinks not).

This is one of two Hanson countertop scales in our museum collection. The first, a brass-faced U.S. Family Scale also based on a Marius Hansen patent, dates from about 30 years earlier, and can be seen on our main Hanson Brothers Scale Co. History page.

Hanson manufactured just about every type of scale under the sun at its West Side plant (525 N. Ada Street): kitchen, postal, bathroom, dairy, penny, and beyond. The diet scales seemed to function under the same principles as the standard kitchen or utility scales, but with the precision gram measurements, rather than pounds. This was back before calorie counting supplanted the old methods, and people equated “heavy” food with heaviness. 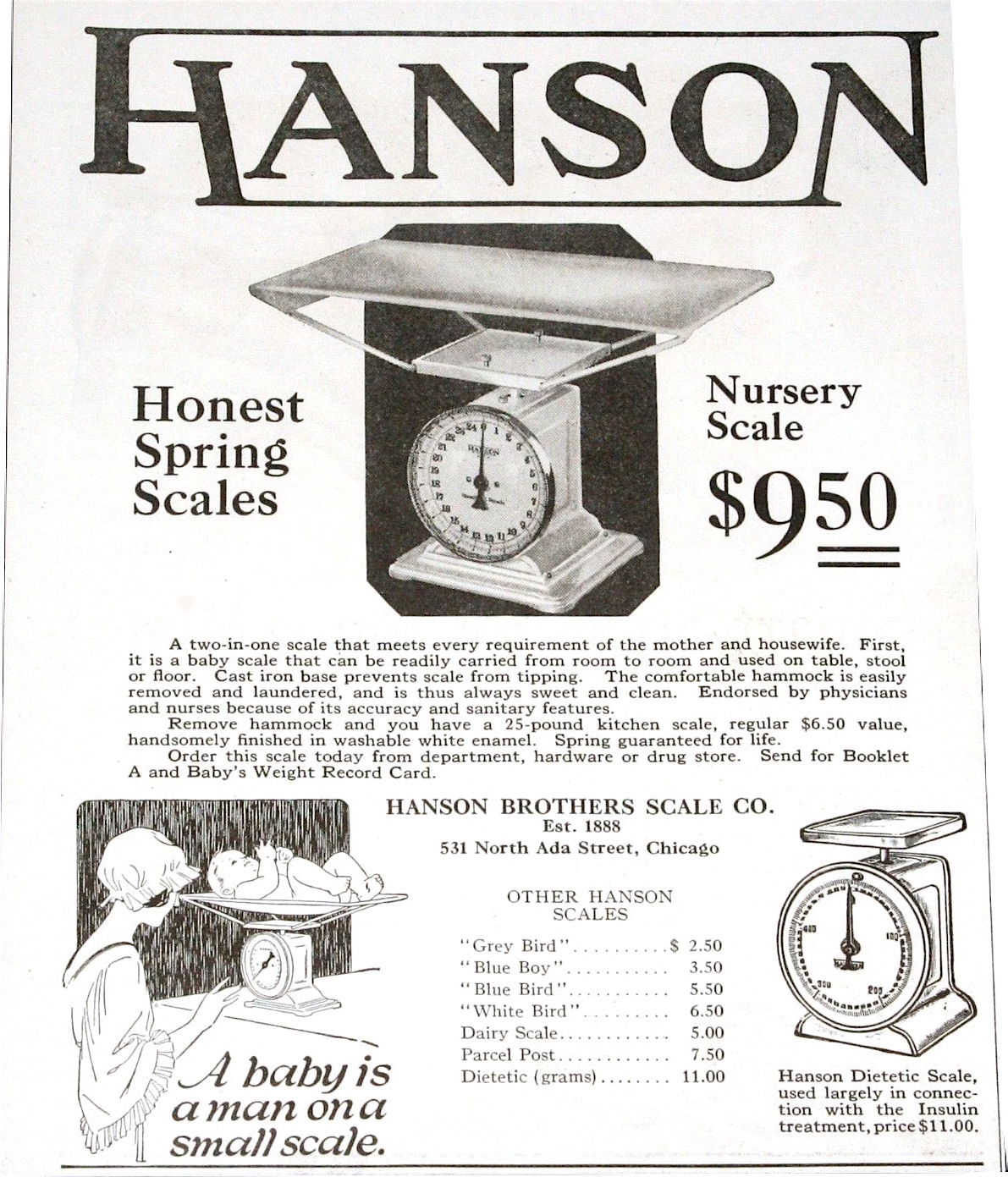 As a fortuitous happenstance, the Hanson Dietetic Scale soon gained a large marketshare among diabetics, who were now increasingly measuring out insulin following the treatment’s introduction in the 1920s.

“In the manufacture of scales of this type, economy, simplicity, accuracy, and utility are the leading features to be attained,” Marius Hansen wrote in his 1923 patent application. His company’s catalog added more specifics on how a person might use this specific model:

“To use the Diet Scale, put a light dish on the platform and rotate the dial by means of the thumb screw until ‘0’ is exactly under the end of the pointer; now place a helping of food on the dish and note the number of grams registered. Again rotate the dial until ‘0’ is under the end of the pointer and weigh another portion of food on the dish. This process may be continued until all the desired portions of food have been weighed.” 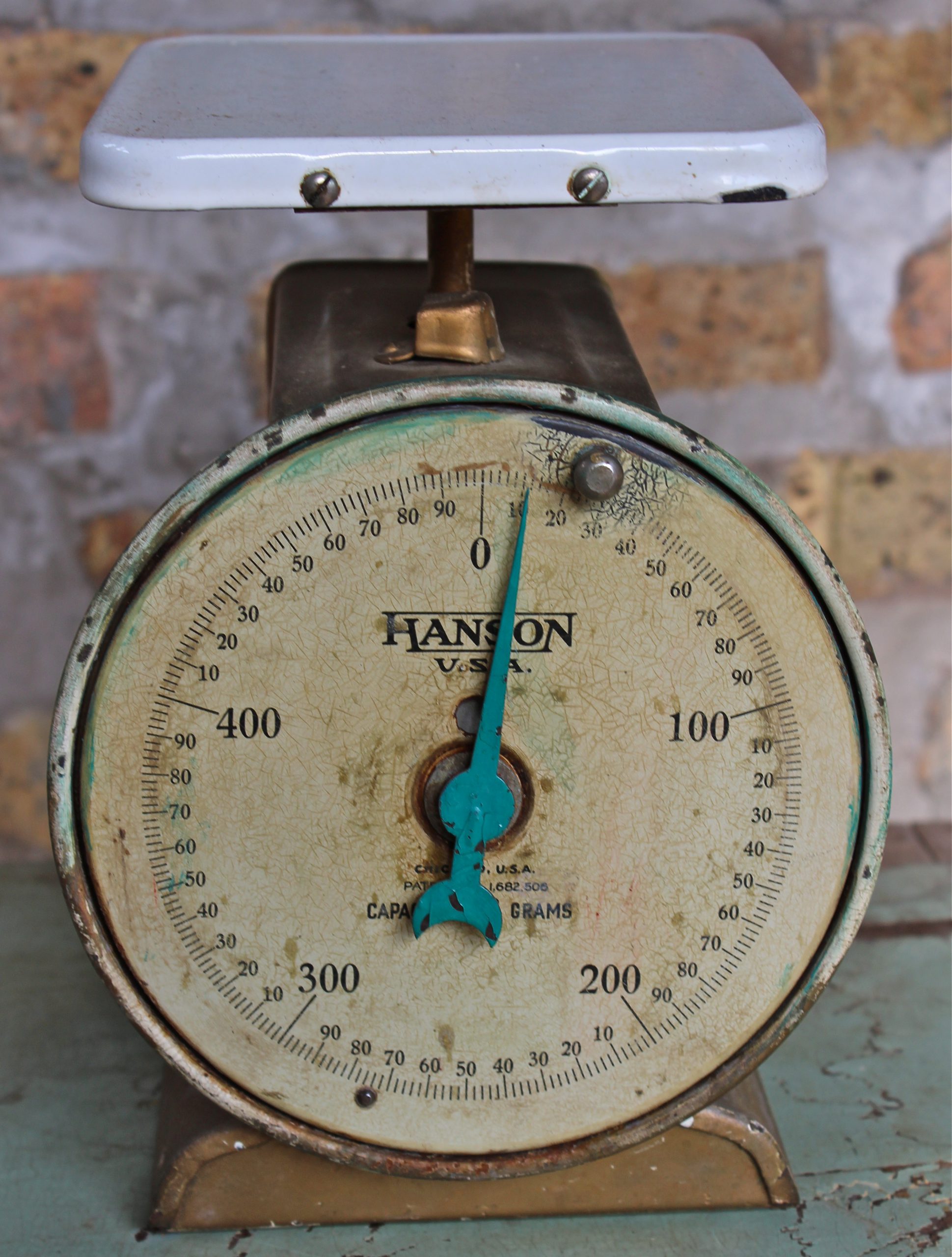 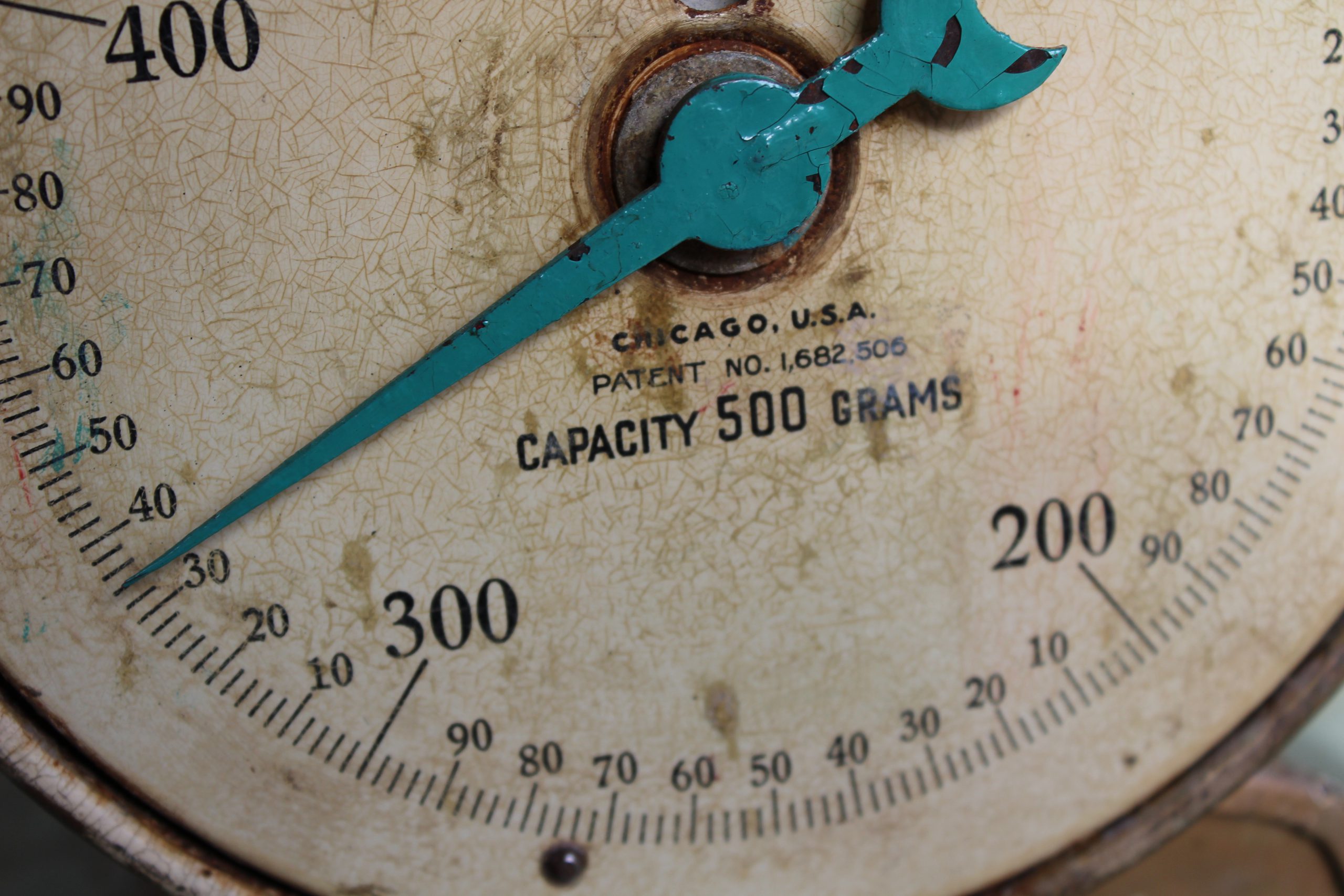 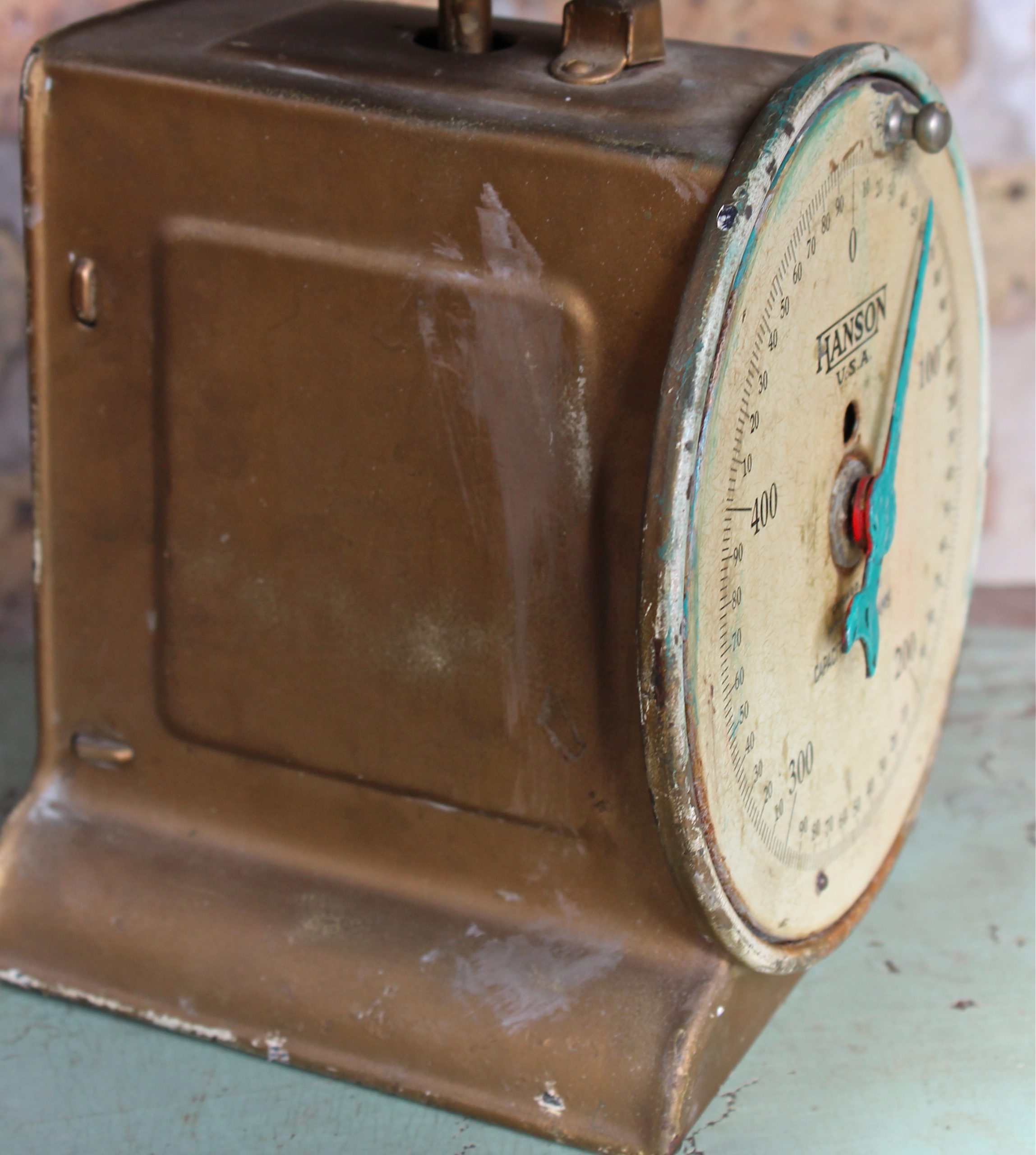