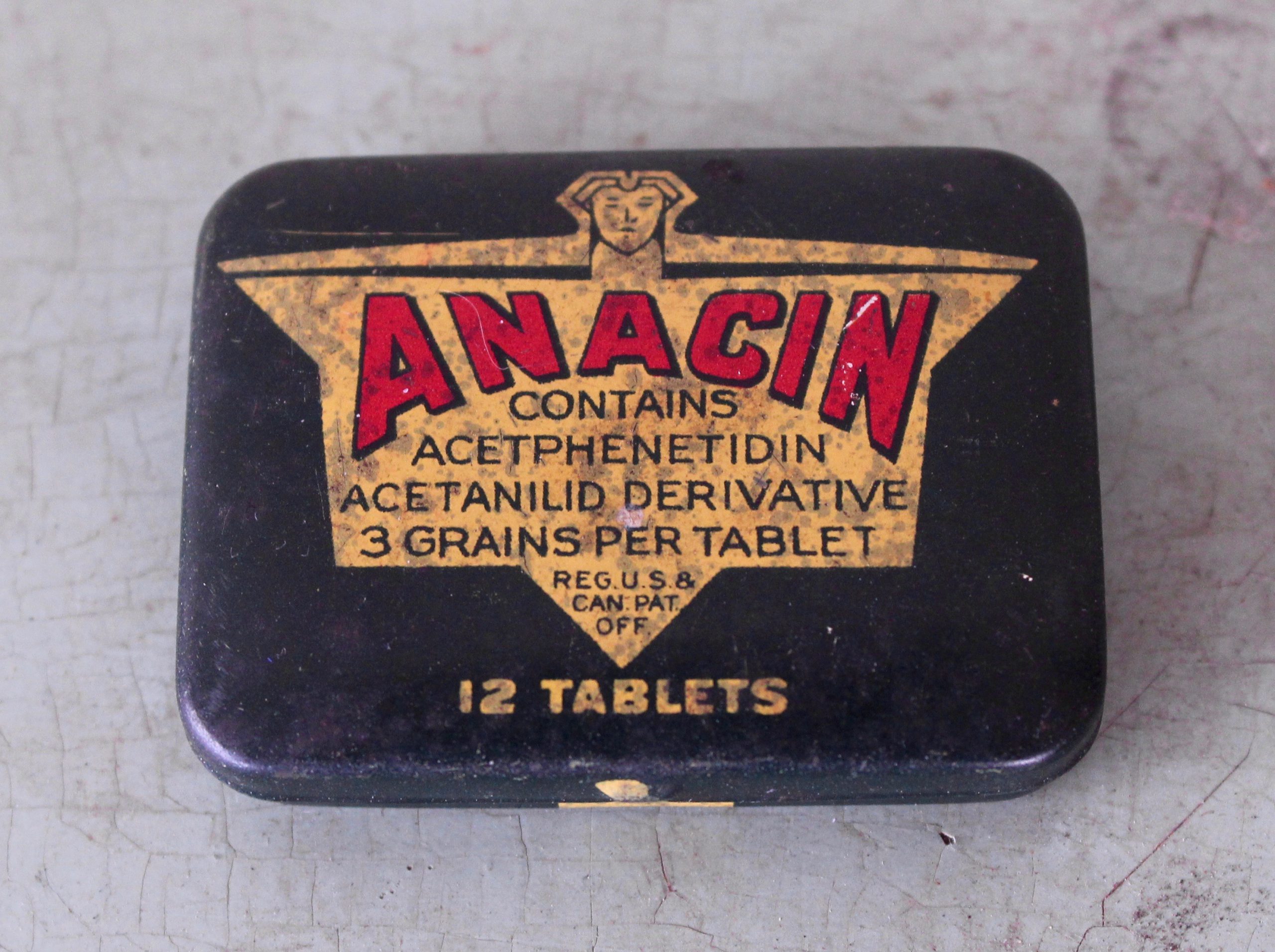 The Anacin brand is one of the oldest continuously manufactured commercial drugs in the country, dating back to its invention by a Minnesota chemist named William M. Knight in 1915. Don’t let the product’s longevity and mainstream availability fool you, however.

Like most other pain relievers from its era, Anacin was born into a pharmaceutical Wild West in which any discovery of a seemingly effective analgesic prompted the instant creation of hundreds of fly-by-night companies trying to push it to the masses. The distributors that proved most successful, in turn, would get gobbled up by larger companies, so that unpacking the origin story of any single drug winds up feeling like a Russian nesting doll situation. 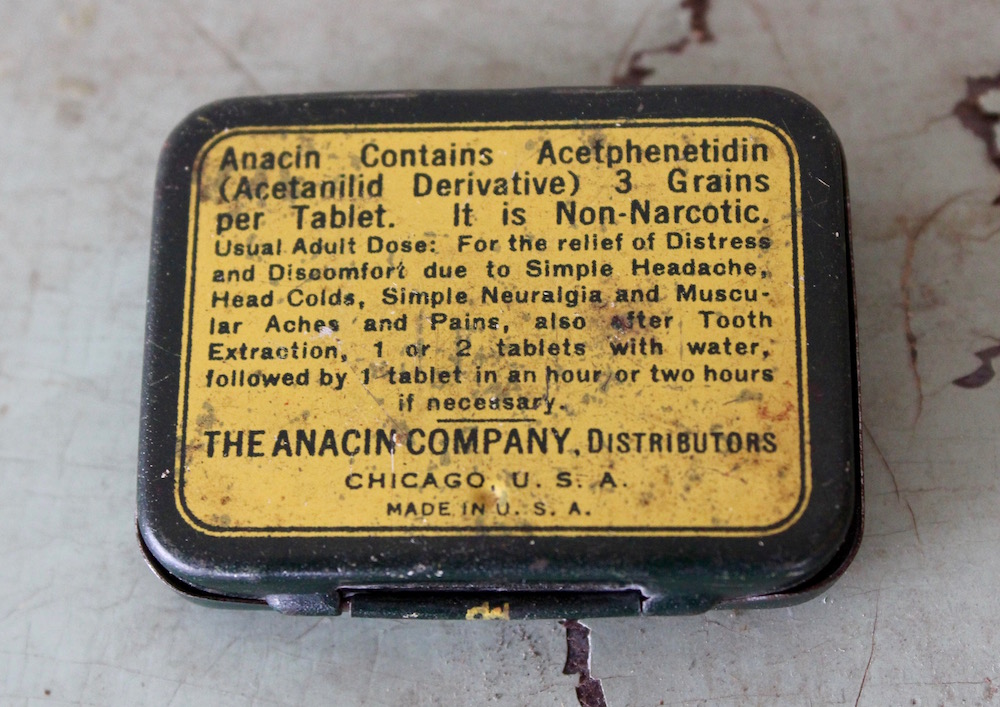 In the case of Anacin, if you peel off enough layers, you do eventually get to a small but important Chicago portion of the story. It’s just not an outstandingly well documented one.

Following the breadcrumbs of old registered trademarks and patent court testimonies, we can piece together the following (loose) timeline.

1915: William Knight, inspired by the already popular aspirin drug, creates his own slightly tweaked capsule with the additions of three other ingredients: acetaphenetidin (phenacetin), quinine sulfate, and caffeine.

1916: Knight’s drug, dubbed “An-A-Cin,” is sold commercially—in some limited capacity—for the first time. The operation is based in Minneapolis, and supposedly promoted with a girl mascot named “Ana Anacin,” though I could find no evidence of her existence. Today, of course, she would be called “Jennifer Anacin,” America’s Sweetheart. 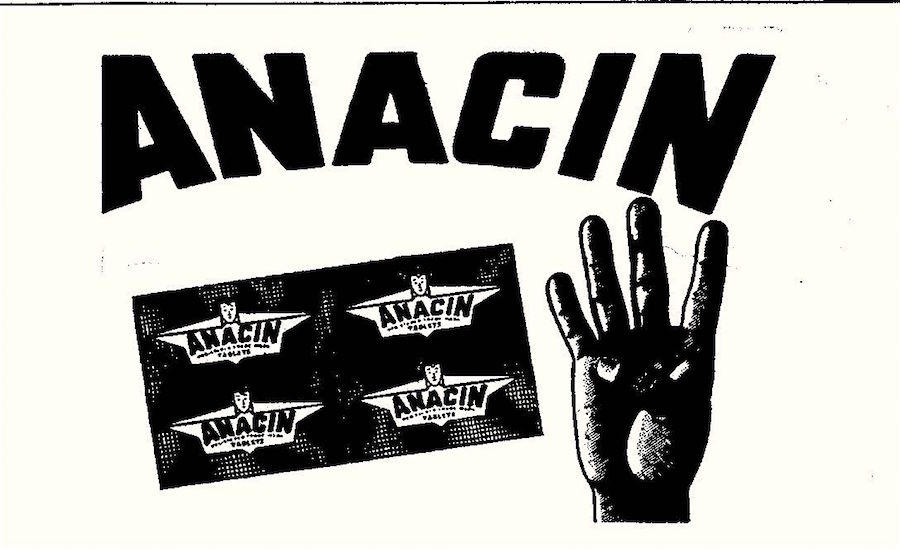 1918: The trademark “Anacin” is officially registered to Knight. He’s in business for real now. 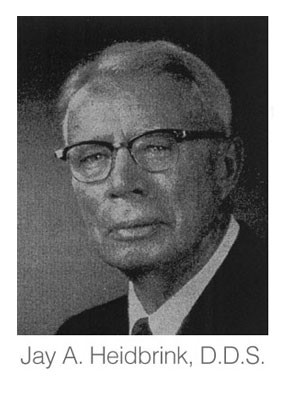 1920: Knight decides he doesn’t want to be in business after all. Making less than $1,000 with his drug in 1919, he sells the patent to Minneapolis’s Heidbrink Company, led by a business savvy dentist named Dr. Jay A. Heidbrink. The brand is licensed to a new Heidbrink subsidiary, the Anacin Chemical Company.

1923: Dr. Heidbrink moves the Anacin trademarks under his own HEIDBRINK CO. banner. He has already been promoting the drug aggressively (and successfully) to dentists as a “non-depressant, non-narcotic” anodyne compound that “quiets after-extraction pains quickly—surely—yet does not depress even heart cases, because of its balanced ingredients.” Heidbrink further claimed the drug was dope for treating everyday “headache, toothache, earache, neuritis, neuralgia, colds, la grippe, influenza, rheumatism, and periodical pains…” 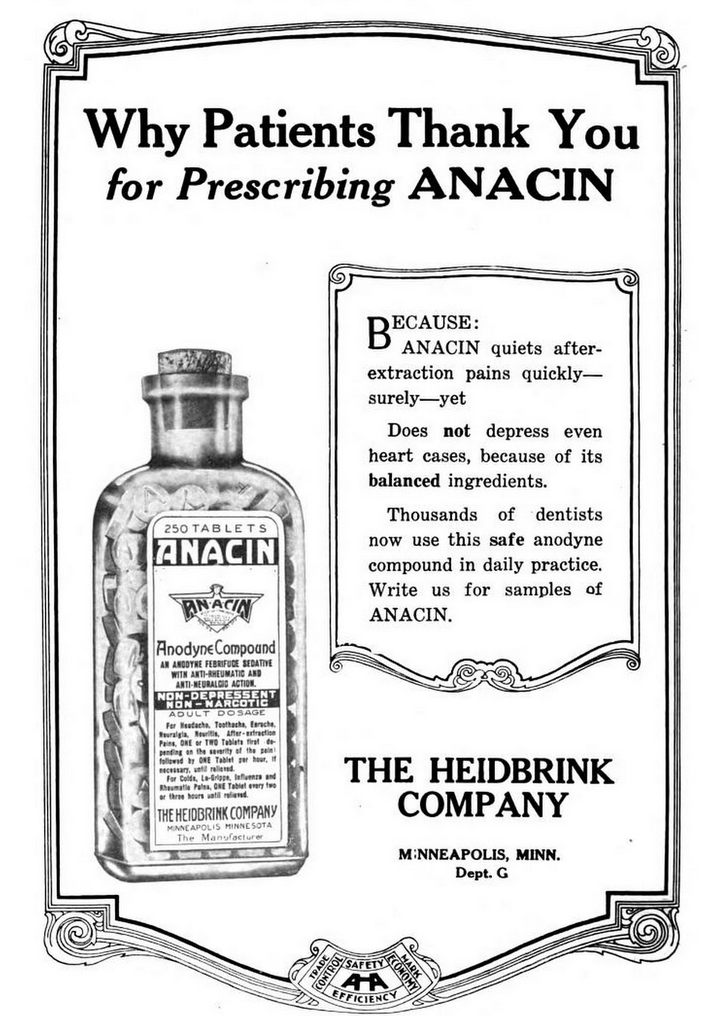 1926: Heidbrink has started getting some pushback from medical associations for making bold, hyperbolic claims about Anacin. Either consequently or coincidentally, Heidbrink sells the Anacin patent to Chicago’s Van Ess Laboratories, which in turn lists the patent under a new subsidiary with an old name— the “Anacin Chemical Company.” Van Ess moves the Anacin offices from Minneapolis to Chicago. Yay! 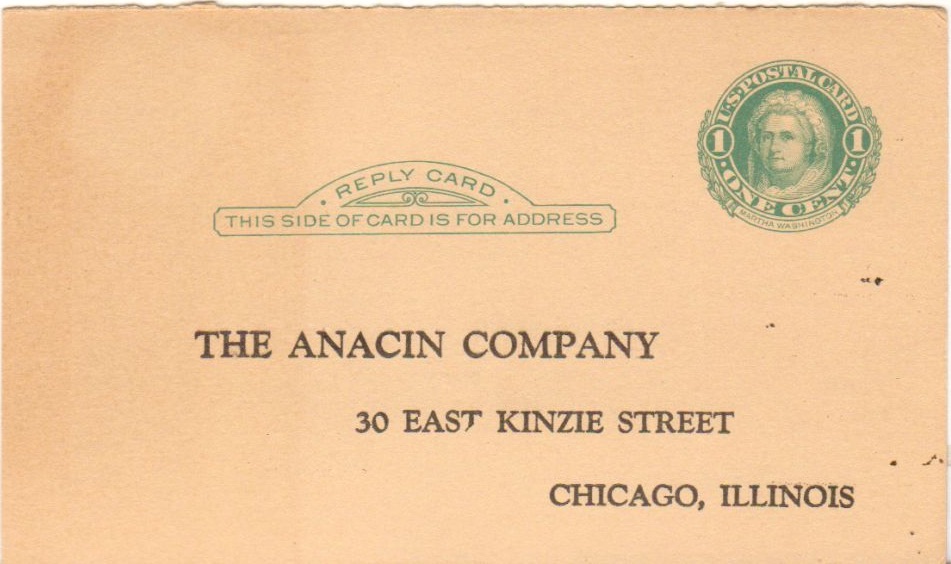 1927: Presumably for the sake of brevity, the Anacin Chemical Company becomes The Anacin Company. Their main office is located at 30 E. Kinzie Street (a building long since gone). The tablet tin in our museum collection likely dates from around this period. 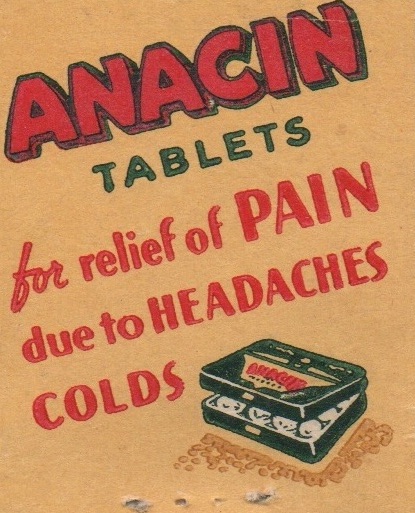 1930: After the market crashes, Van Ess decides to sell out to vultures from New Jersey’s American Home Products Co. The Anacin Company remains an AHP subsidiary in Chicago for several more years.

1935: Anacin sales top one million dollars in the heart of the Depression (equivalent to about $18 million in today’s money) thanks to heavy radio advertising from American Home Products. The Anacin Company eventually is relocated to Jersey City, New Jersey, and the tablets are also sold for a time under AHP’s Whitehall Pharmacal Company banner. The Chicago chapter was closed for good.

Anacin had built its reputation on over-the-top marketing, and that held true all the way into the television era, as wildly successful ad campaigns in the 1950s still followed Dr. Heidbrink’s original strategy—four ingredients were “always better” than one. 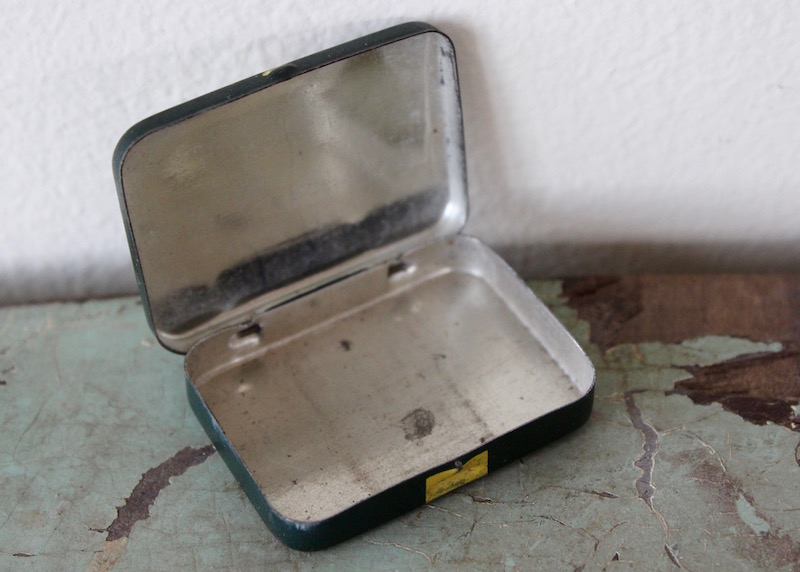 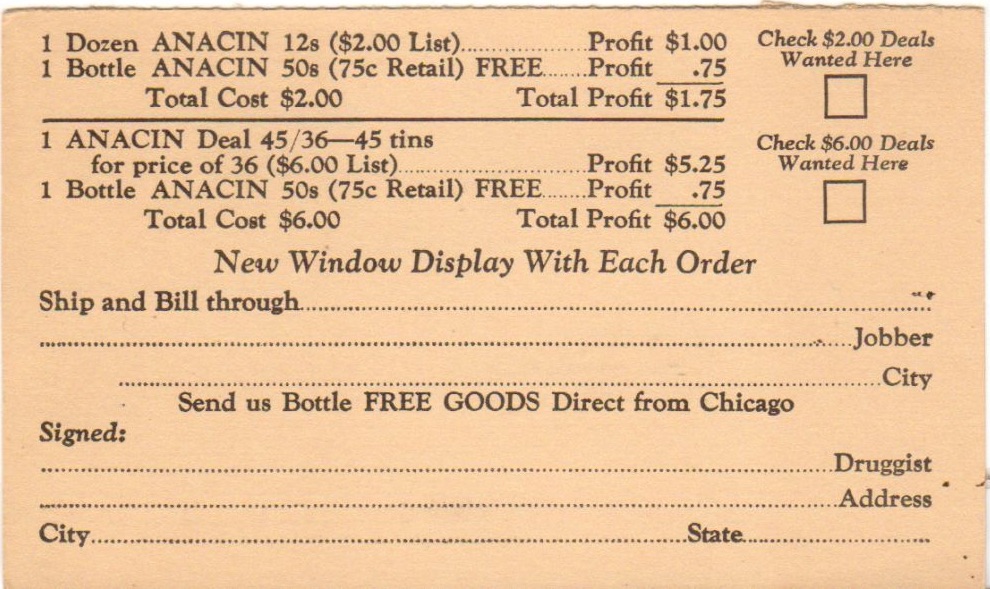 Sold on Radio: Advertisers in the Golden Age of Broadcasting, by Jim Cox

Aspirin: The Remarkable Story of a Wonder Drug, by Diarmuid Jeffreys