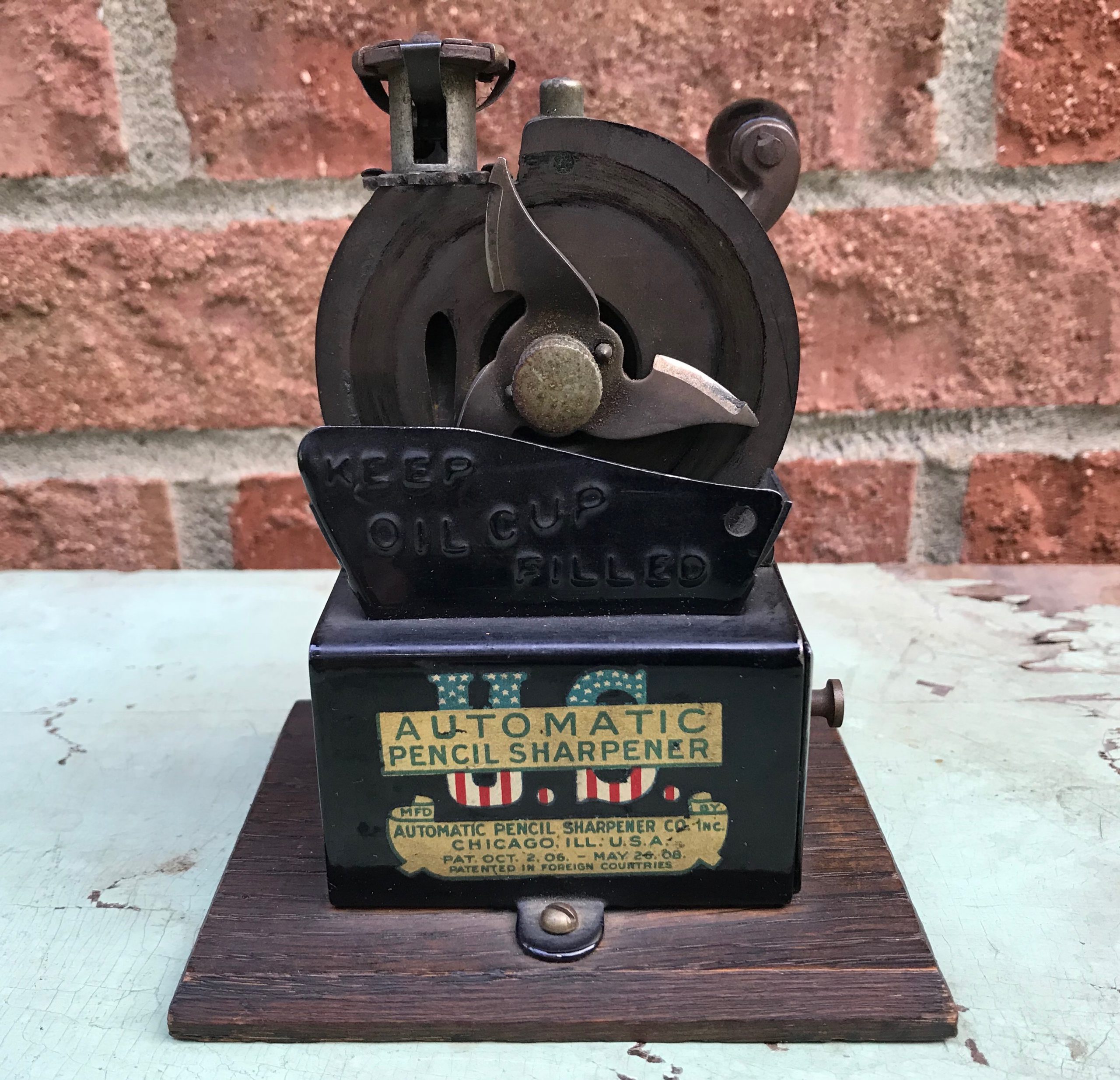 While it was initially distributed out of New York City, the U.S. Automatic Pencil Sharpener was actually designed and patented by a Chicago inventor named Essington N. Gilfillan (first patent date, 1906). And after a few short years, it would return home, becoming the first marquee product of the Chicago-based Automatic Pencil Sharpener Company (aka APSCO) under the banner of the Spengler-Loomis Co. 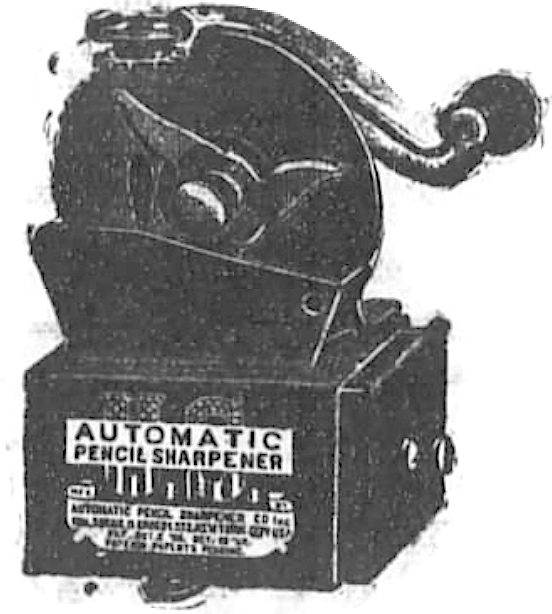 In 1910, APSCO set up an office at 31-35 Randolph Street, from which hundreds of these thrilling, lead-slicing devices were shipped out to offices as part of a cheap but effective promotional strategy—the likes of which the pencil sharpening biz had never seen.

The “plan of advertising adopted by the company,” according to a 1911 syndicated column by William C. Freeman, “was to offer business men an opportunity to try the Automatic Pencil Sharpener for ten days, placing the machine on trial.”

Rather than sending out large teams of salesmen, Charles Spengler, Edwin Loomis, and an advertising man named J.W. Lindau Jr. had concocted the simple plan of offering customers the temptation of a “no strings” offer. 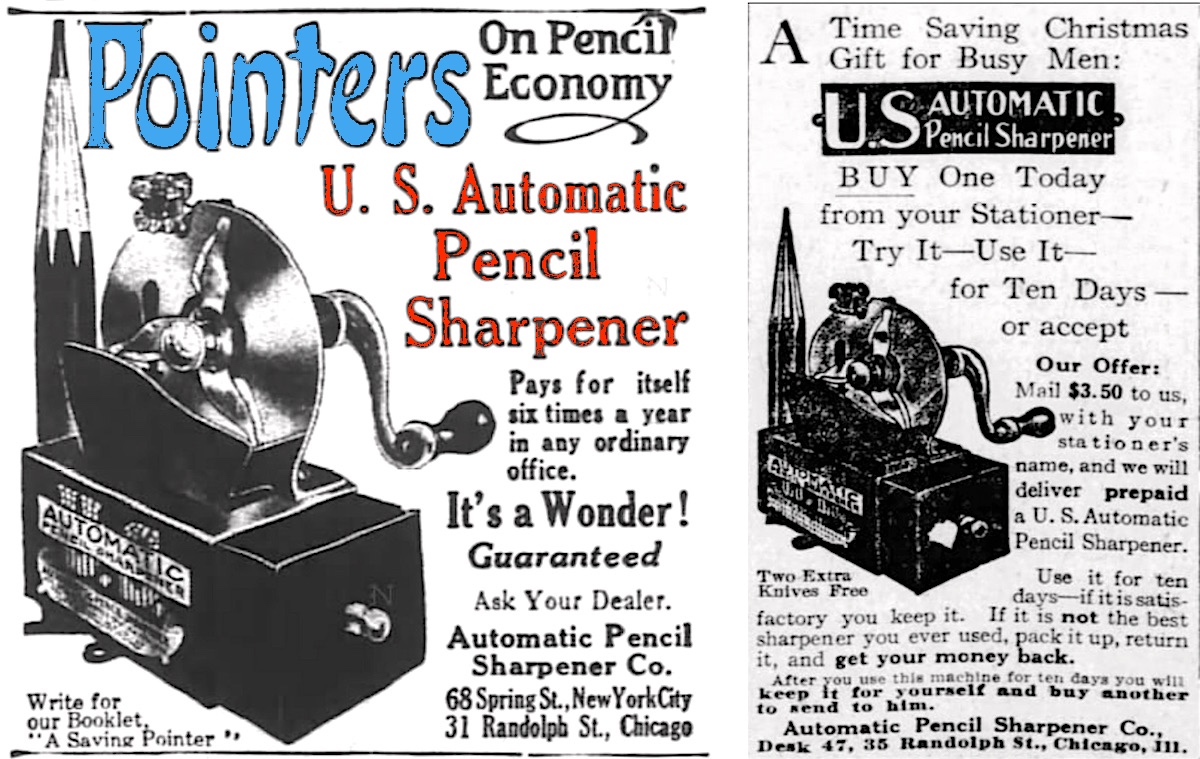 “Doesn’t this prove our ultimate confidence in the machine?” another ad read, before citing a list of the U.S. Automatic’s superior features:

–“It saves ten times the cost a year wherever three pencil users work.”
–“It cuts off just enough and no more. After a pencil is sharpened you can turn the handle of this machine all day and it won’t cut any more from the pencil.”
–“It’s absolutely simple and has no parts which can get out of order.”
–“It doesn’t grind, it cuts.”
–“It makes a working ‘point’ and not a wasteful ‘needle point.'”

The whole campaign worked like gangbusters, and by 1911, William C. Freeman noted that “over 100,000 of the little machines are now sold yearly, and this has been accomplished within the short period of three years.”

A couple years later, in 1913, Spengler and Loomis were able to funnel their sharpener shavings into the opening of a new, large-scale manufacturing plant in Rockford, which would serve as the home of APSCO for the next half century.

The popularity of the original APSCO pencil sharpener, of course, was short-lived. By the late 1910s into the ’20s, the more familiar style of modern crank sharpener—rounded blades inside a removable casing—had been ushered in, and APSCO led the way in producing them. As such, our artifact and its 1908 patent were unceremoniously relegated to (largely forgotten but cool looking) history.

For a more complete history of where APSCO went from there, check out our main Automatic Pencil Sharpener Company history page. 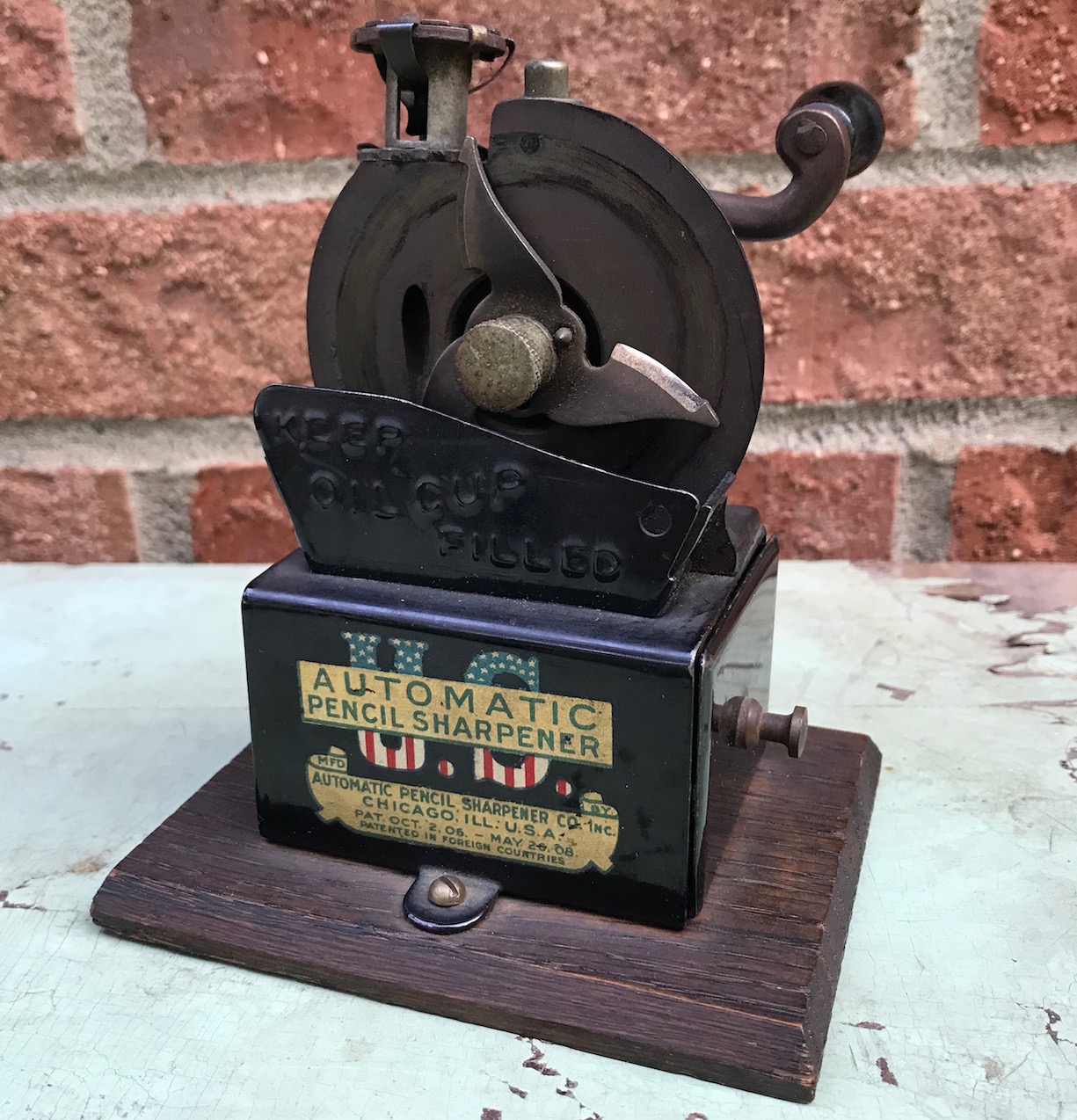 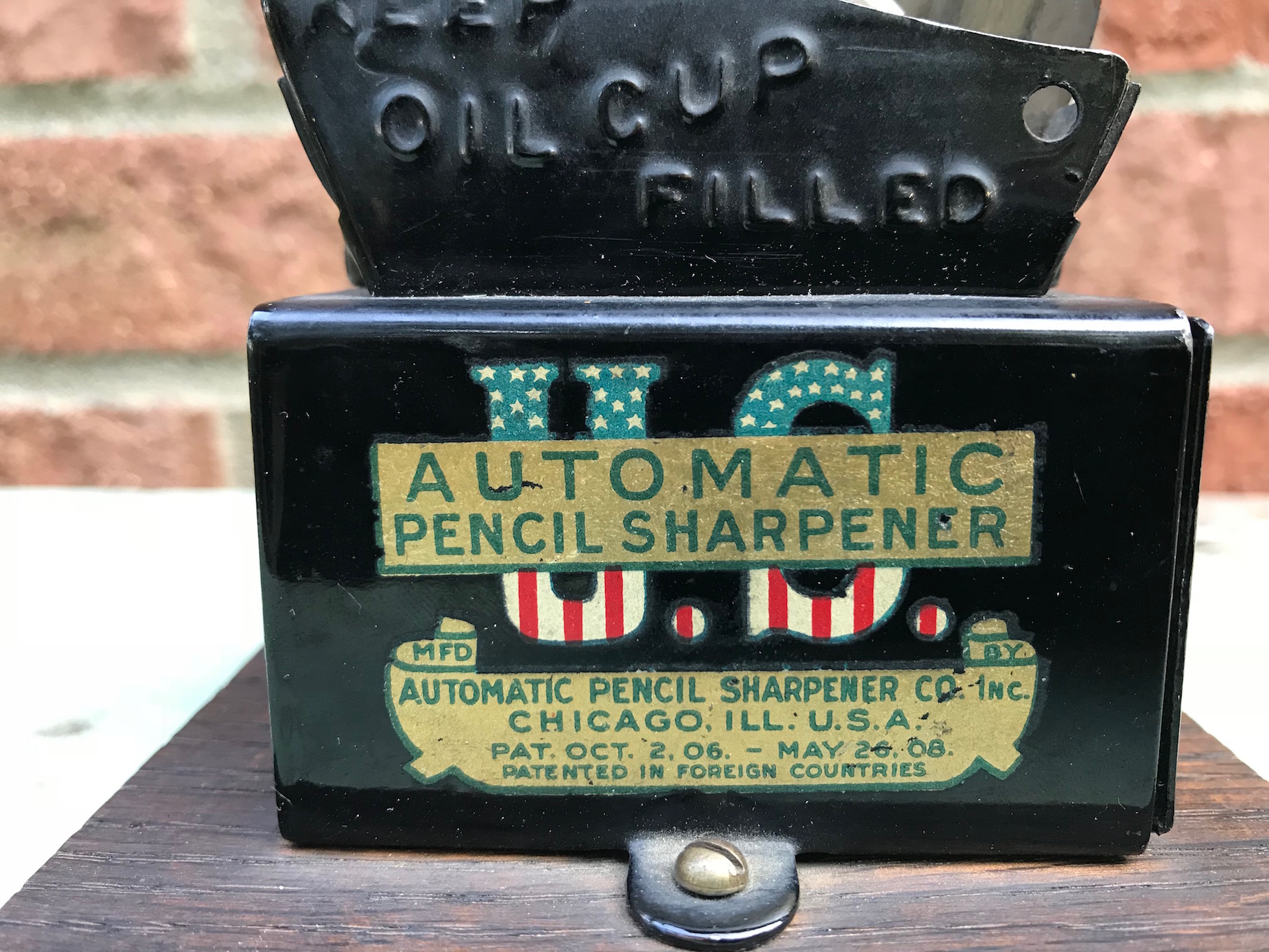 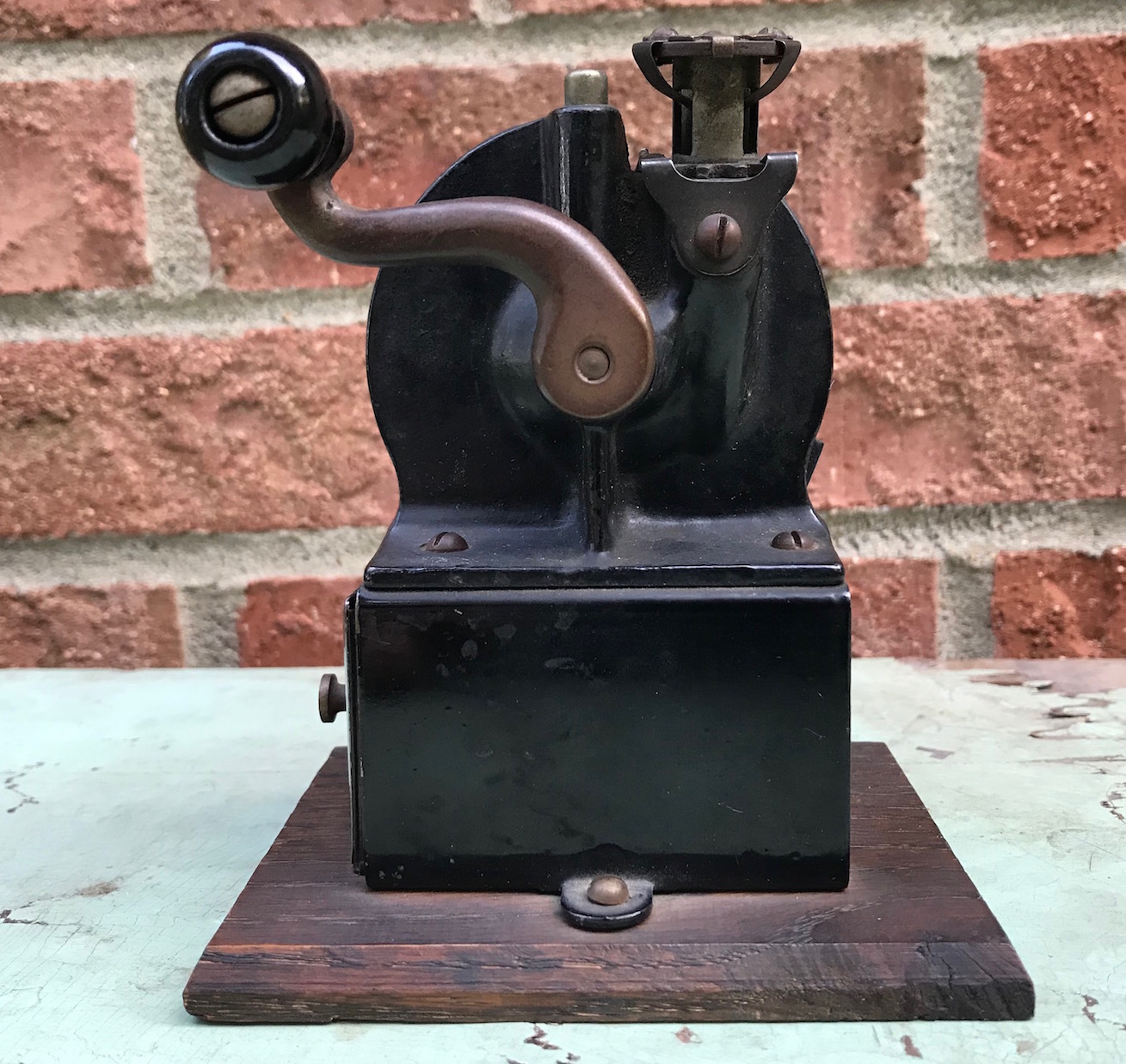 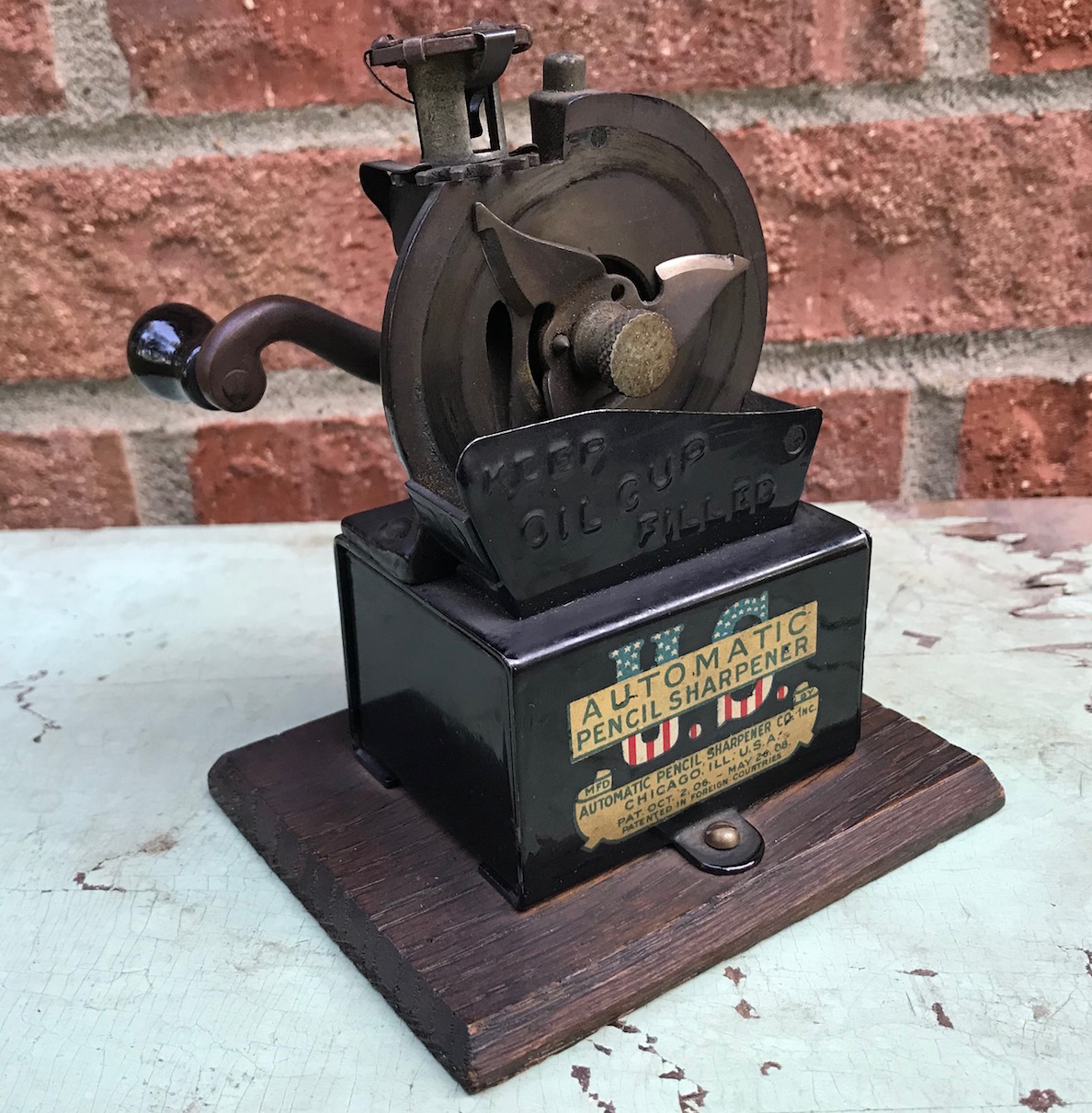 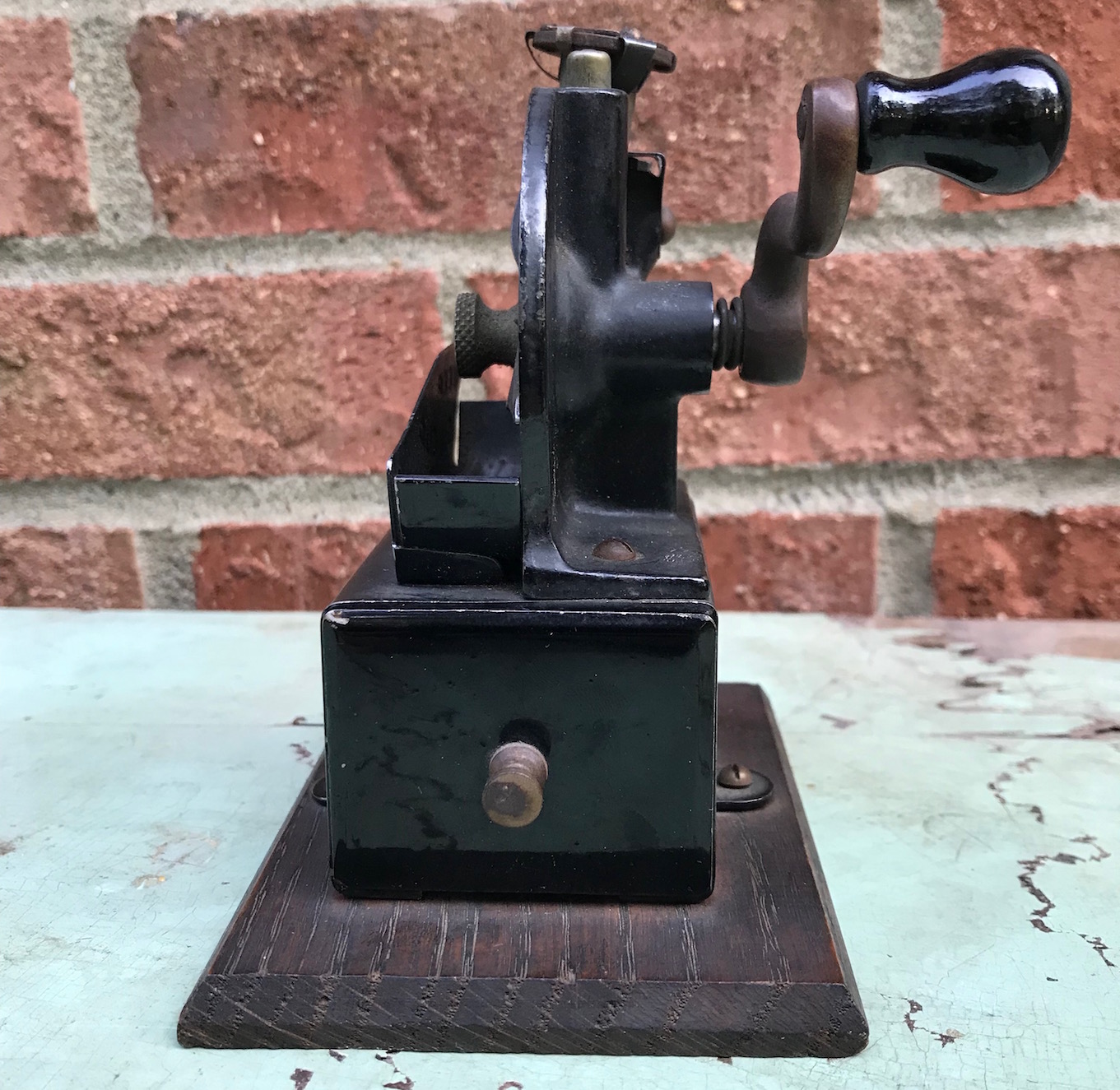 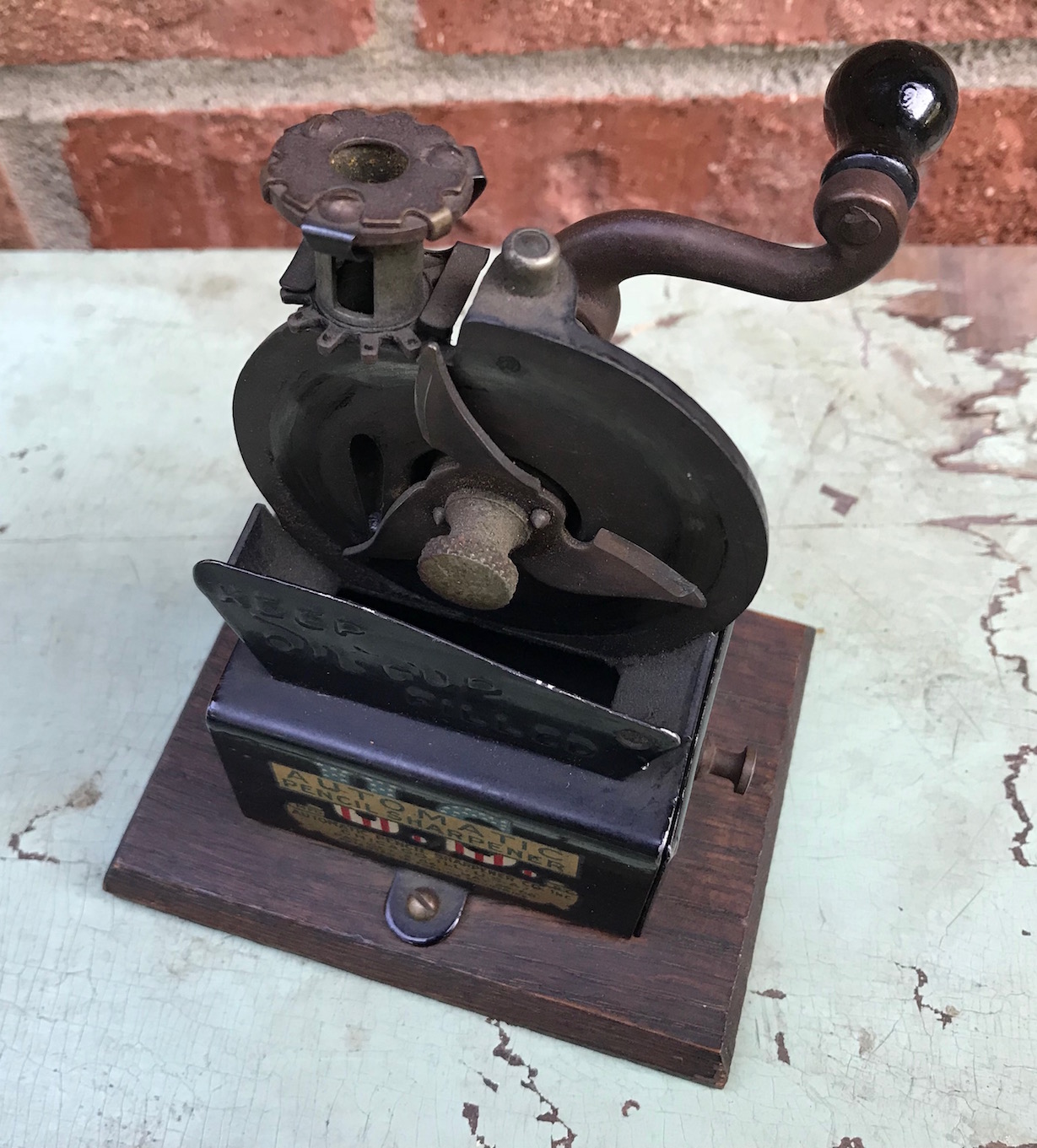 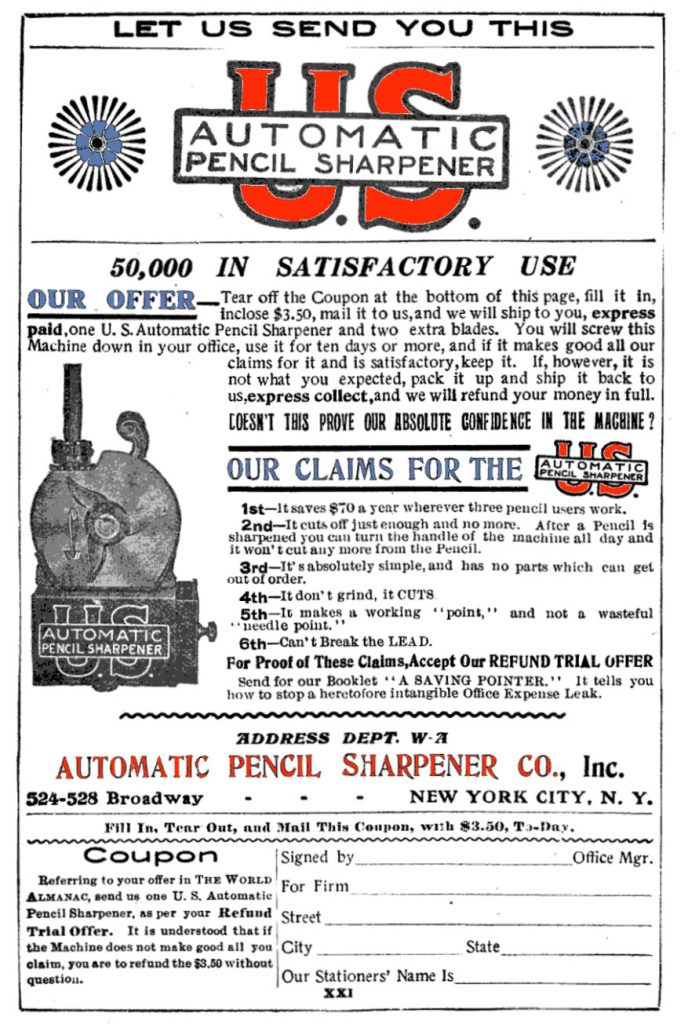 [A pre-Chicago ad for the U.S. Automatic] 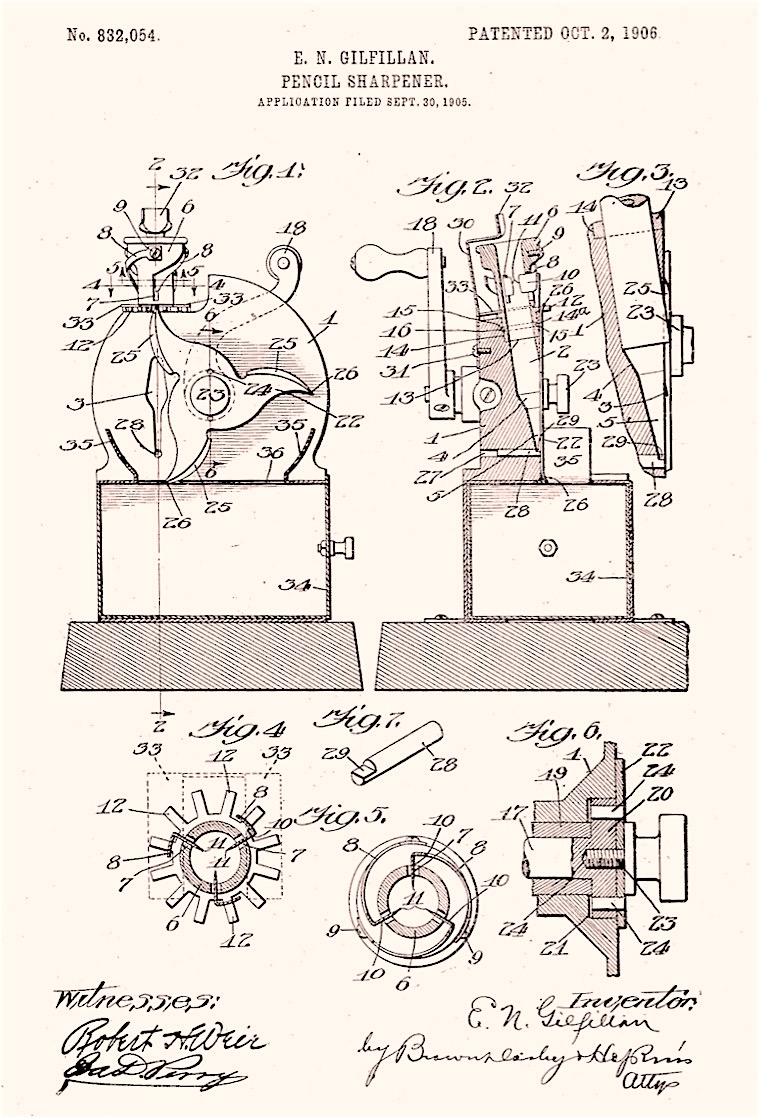