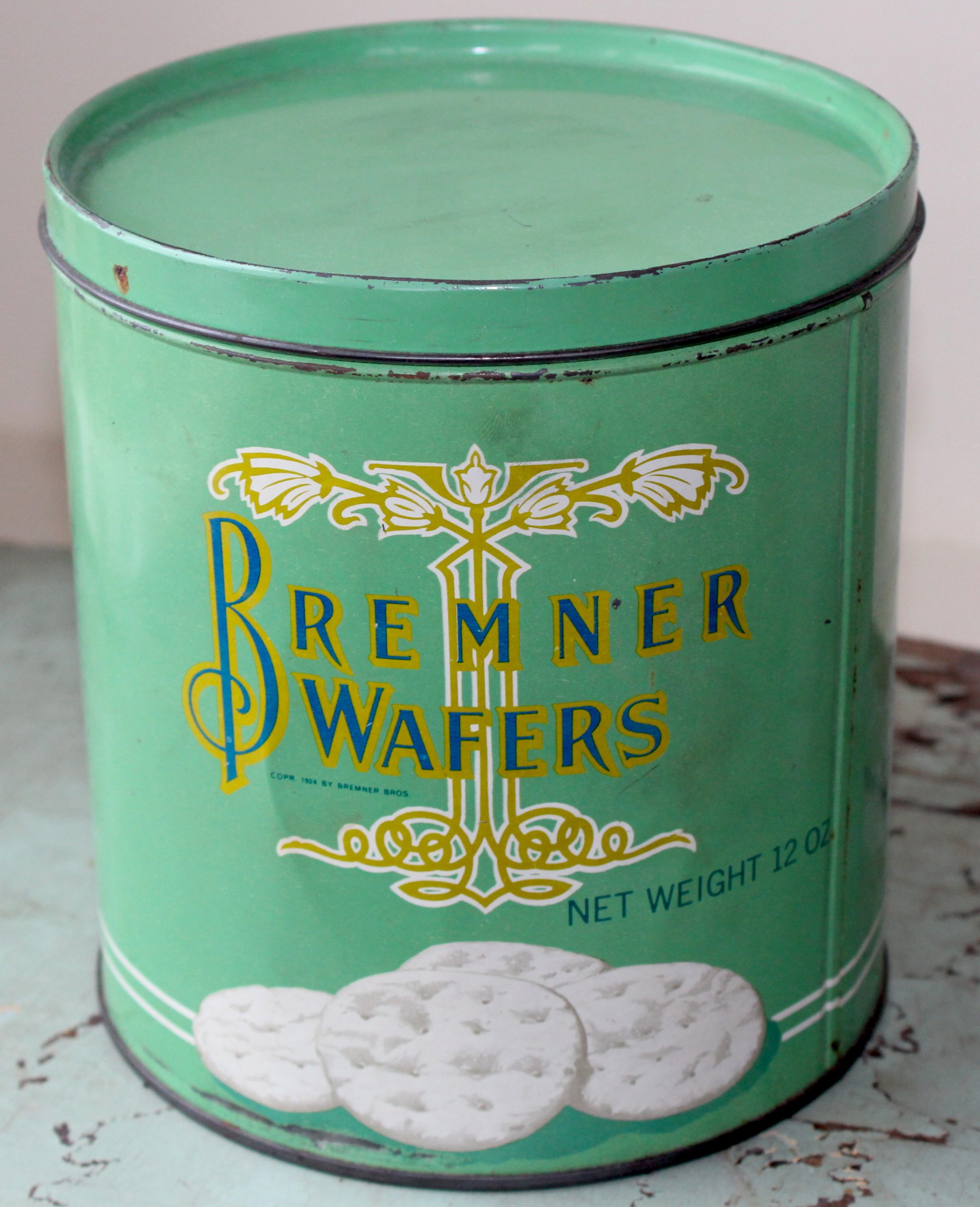 The Bremner Biscuit Company was once about as authentically Chicagoan as deep dish pizza and the blues. Unfortunately, the 1980s showed little mercy for such cherished local institutions (even a lot of blues men started recording with synthesized harmonicas), as Bremner abruptly ended its century-long tenure in the city and relocated to Denver—still the company headquarters today.

While modern Bremner Wafers might originate in mile-high air, however, the recipe still harks back to the days of David Francis Bremner, a Chicago bread baker who started his business literally as the dust was still settling from the Great Fire of 1871. Rather than seeing a city in ruins, the former Union Army Captain—celebrated for his courage at the Battle of Missionary Ridge—saw an opportunity to serve a devastated public in desperate need of comfort food.

Here was an ad D.F. Bremner placed in the Chicago Tribune way back on March 2, 1873:

Butter Biscuit and Crackers
“The unprecedented sale which Bremner has for his fine crackers, and particularly his butter biscuit, has proven that his confidence in the people of Chicago—that they would support an establishment devoted to the manufacture of fine crackers—was not misplaced. It has also induced others to imitate his goods. To insure the public the genuine article, he has his name stamped on all butter biscuit manufactured in his establishment, and none are genuine without it. Ask your grocer for Bremner’s biscuit, and take no other.”

Those stamped initials, “DFB,” took on a life of their own in Chicago, re-branded as “Damn Fine Bread.” One of David’s secret advantages was fresh milk delivered directly from his father Robert Bremner’s dairy farm in Orland Township. Never underestimate having a supplier on the inside. 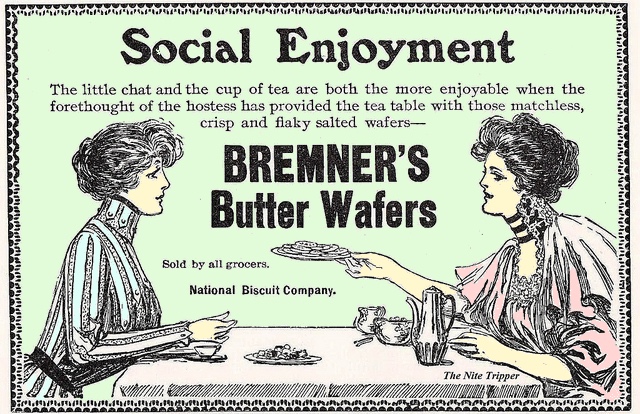 As his notoriety grew, Bremner never lost sight of his original commitment to rebuilding the city, either.

“Mr. Bremner’s activities were many, but he made it a point to take considerable interest in the welfare and up-building of Chicago,” The Cracker Baker magazine recounted years later. “[He] took part in many of the movements after the fire to develop important projects in his adopted city. In recognition for his interest in the civic welfare of Chicago he was appointed a member of the Board of Education, which position he held for several years.”

D.F.B. continue to operate as an independent baker for more than a decade, finally incorporating the D.F. Bremner Baking Company in 1886. Four years later, at the age of 50, he took a much bolder leap, joining a new alliance of leading Midwest bakeries under the banner of the Chicago-based “American Biscuit & Manufacturing Company.” With Bremner serving as Vice President under American Biscuit organizer Adolphus Green, a new golden age had begun.

In 1898, American Biscuit merged its bakery alliance with a couple like-minded conglomerates from the East Coast to form the National Biscuit Company, a little start-up you might know better as NABISCO. It was the ultimate cookie and cracker empire, and Bremner was in the catbird seat as chairman of the manufacturing committee. As he neared retirement age, though, he recognized that his four sons wanted and deserved a greater challenge than merely being a cog in the NABISCO machine.

DFB finally called it quits in 1904, and the next generation of Bremners—led by David Jr.—were ready and eager to carry on the family business in their own way. With NABISCO set to move its headquarters to New York, the decision was made to launch a new baking enterprise in Chicago, with Papa Bremner’s blessing. It was called the Bremner Brothers Biscuit Company. The firm was organized in 1905 and quickly picked up where Version 1.0 left off, eventually cementing its legacy by carrying over the wildly popular Bremner Butter Wafer.

Through the 1920s, the Bremner Wafers were sold in silver, rectangular containers, but in the early ‘30s, the company introduced its iconic green tins like the one in our collection. The design largely held form all the way through the 1960s. We can approximate our tin to that later era through a wee bit of deductive reasoning— there is a zip code printed under the Bremner Biscuit Co. name: 60612. Five digit zip codes didn’t come into regular practice until the early 1960s. 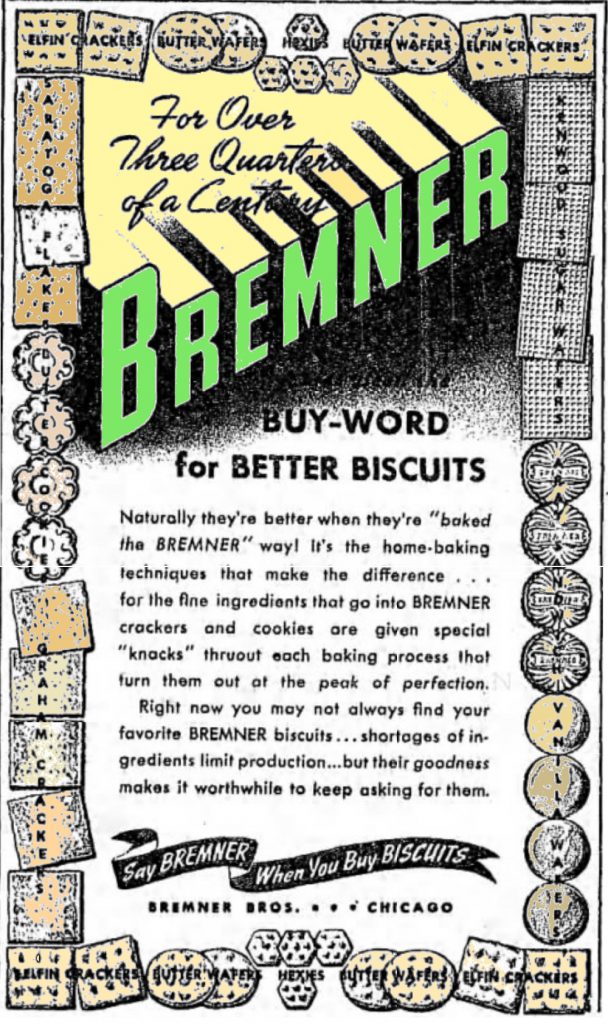 Back during the Depression, when the green tin was first introduced, the Bremner factory at 901 W. Forquer Street wound up in the middle of newly sub-divided real estate. Forquer Street was renamed Arthington Street, and from that point on, 901 W. Arthington St. would remain Bremner’s primary Chicago plant. That original building appears to be long gone, replaced with apartment complexes. 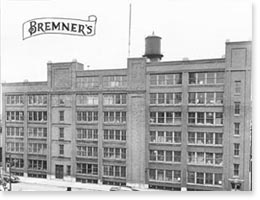 The Arthington Street plant helped keep the encouraging smell of fresh baked wafers floating over the Little Italy neighborhood during World War II. Meanwhile, the Bremner family—led by a third generation in David II’s son Edward—decided it was time to push its substantial wealth beyond the biscuit business.

Major investments were made in real estate and metal manufacturing, wisely recognizing the boom in both markets. After the war, the Bremners had made a big enough haul from those new ventures (including a lucrative magnesium castings factory downstate) that they were eventually forced to split the company into two wings. The snack operation would now be known as the Bremner Biscuit Company under Edward’s lead, while the Bremner Brothers name would refer exclusively to his brothers’ non-baking pursuits.

Edward would remain company president through the years of our tin’s creation, finally retiring in 1969. He and his wife Marion would both live well into their 90s, remaining in Winnetka long after the family business moved west. According to his 2003 obituary, Edward traveled the world and learned at least five languages, including Japanese when he was 94 years old.

“He was an astute businessman who was bright and loved learning,” his grandson Thomas J. Reedy told the Tribune. “[He] was very proud of the business because it is a visible and well-known consumer product that began with his family in 1871 and continues into the present.”

Edward’s son, Edward Bremner, Jr.—generation No. 4—guided the Bremner Biscuit Co. through its centennial celebration and, ultimately, to the Rockies. The family sold the business officially to Dare Foods, Inc. in 1999, although generation No. 5, represented by Neil Bremner, was still involved in managing the Denver baking operation into the 21st century. 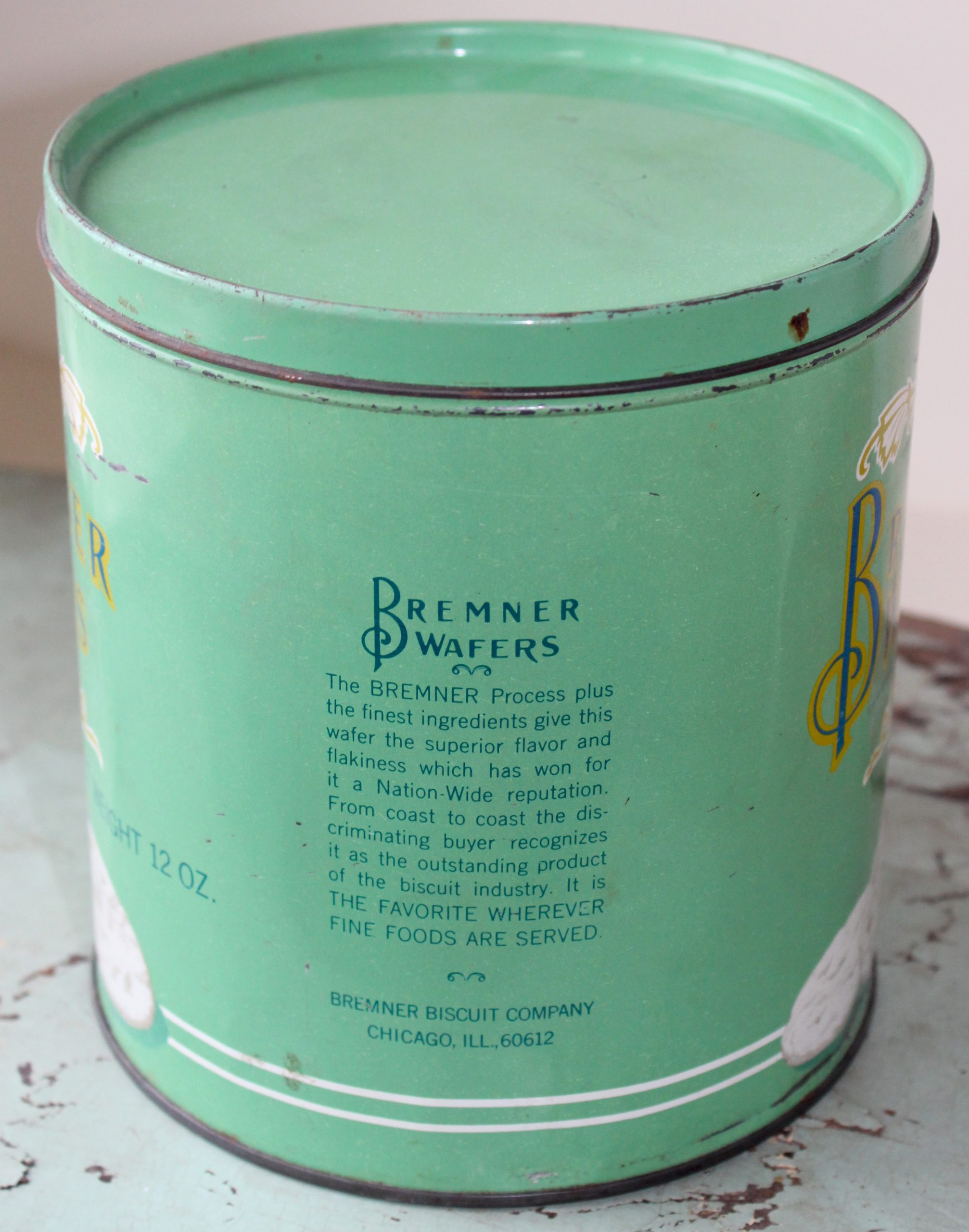 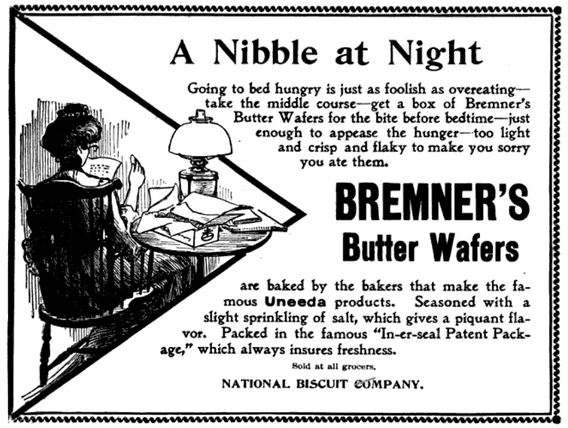 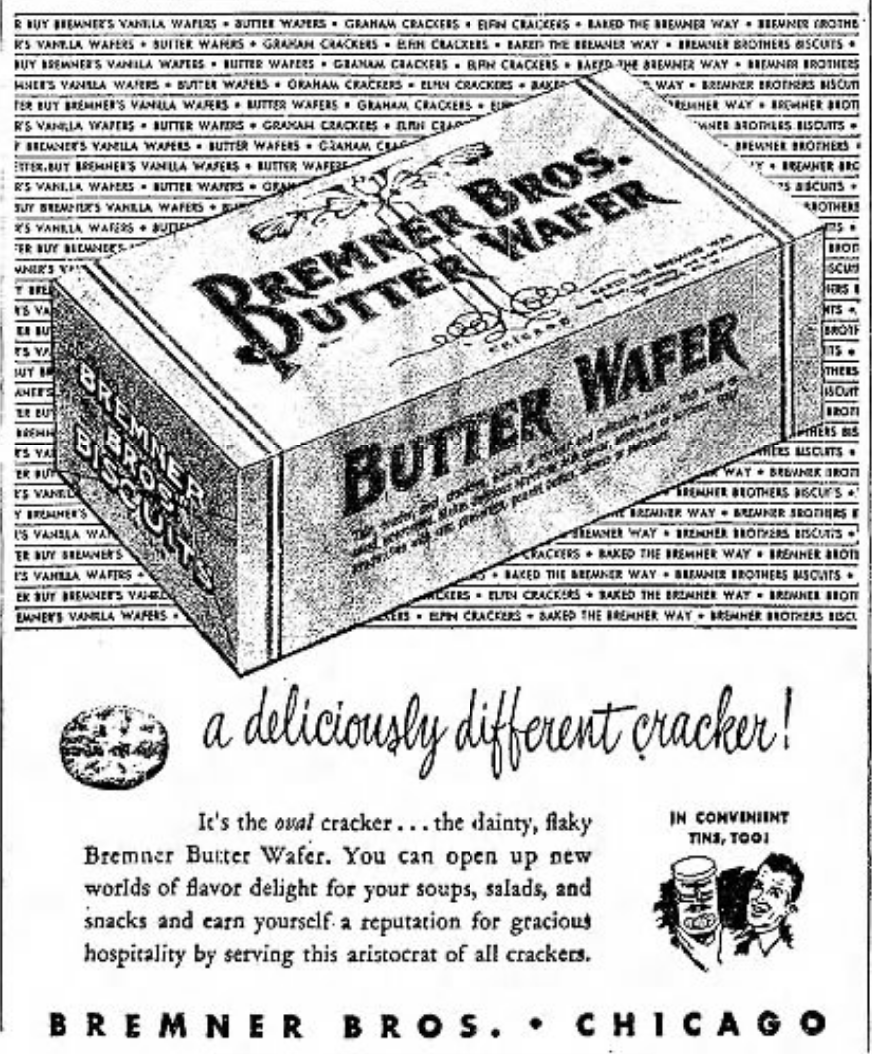