Edward H. Simonsen was born in Racine, Wisconsin, in 1891, the son of Danish immigrants. From there, his life unfolded in typical “American Dream” fashion—or at least that’s the nuts and bolts version we’re left to infer. He moved to Chicago in his youth, enlisted in World War I but was exempted for a “deformed knee,” married his sweetheart Ethel Stapp in 1920, and got a job at the R.M. Eddy Brass Foundry—eventually working his way up to superintendent.

In the machine shop, Simonsen showed a knack not only for metalwork, but for invention. His creations pulled in a number of patents for the R.M. Eddy Foundry Co., ranging from a new breed of wrench to a stronger style of brake shoes. The latter product was eventually purchased by the Chrysler Corporation.

And so, by the dawning of the Great Depression, the Simonsens had at least enough financial security to purchase a new home at 2201 N. Nagle Ave. in the Belmont Central neighborhood on the west side. This is where Ed and Ethel lived for the next decade and beyond, eating meals, sleeping in a bed, and arguing (presumably) about money—all the usual. Somebody else is living there today, unwittingly walking in the footsteps of Chicago industrial greatness. 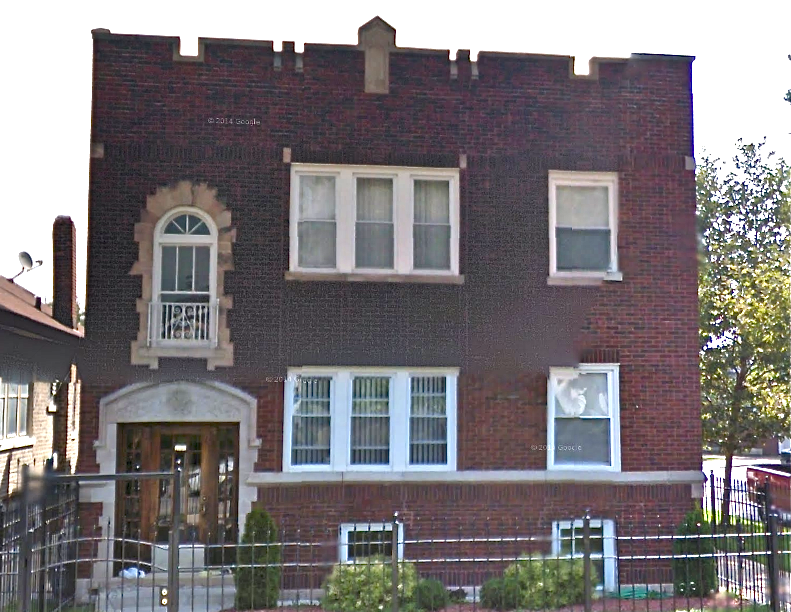 Anyway, the best American Dream stories have to include an obligatory dose of ambition, and Edward Simonsen did, indeed, see greater potential for himself. Just shy of his 50th birthday, he founded the Simonsen Metal Products Company and purchased factory space at 4444 W. Chicago Ave—a building that has managed to survive to the present day, most recently occupied by a direct-mail company.

During his days at the R.M. Eddy foundry, Simonsen had been encouraged to think outside the box, and it had benefited his bosses nicely. Now, his inventions would be assigned to his own company, and rather than thinking outside the box, he could start re-thinking the box itself.

[Below: A newspaper ad seeking surface grinders for the plant, 1948]

Through the 1940s and ‘50s on through Edward’s death in 1966, Simonsen Metal was a leading national name in quality toolboxes and tackle boxes, with some side work in industrial storage cabinets and film containers. The company employed a team of 200 workers during its postwar heyday in the early 1950s, and also operated a mail order wing known as Simonsen Industries, Inc., with offices at 1414 S. Michigan Avenue.

Simonsen had several different logos over the decades, but its most memorable—as seen on the toolbox from our museum collection—featured an illustrated spaniel dog named “Niki” and the words “TACKLE * TOOL * BOND * FILM – BOXES OF QUALITY.” It’s kind of funny that they chose that series of words just a little before “Bond Film” became a genre of cinematic spy thrillers. 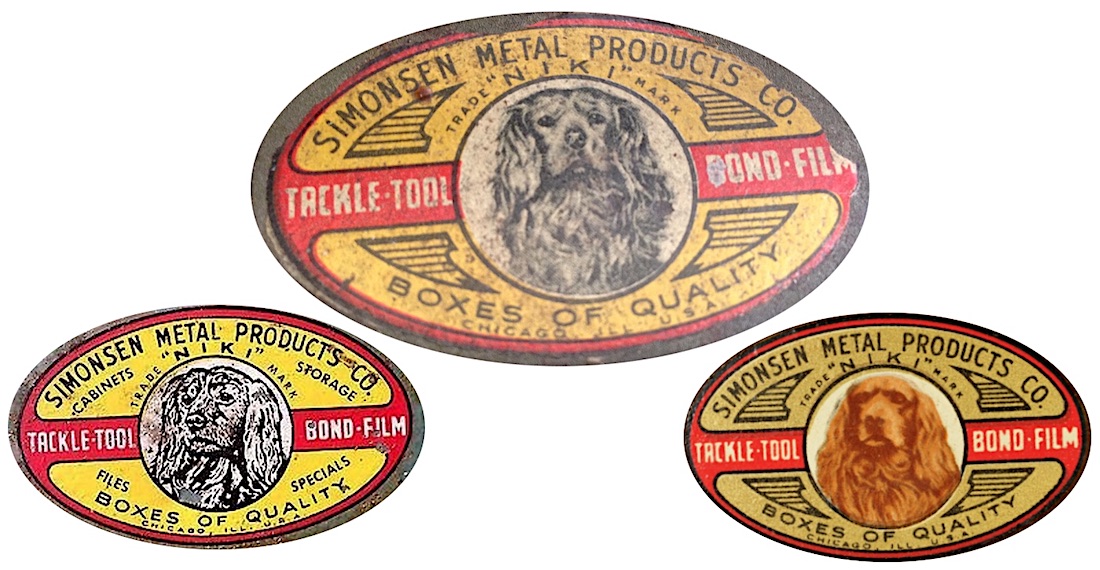 [Simonsen’s “NIKI” trademark, as seen on our museum tackle box (top), was one of several versions over the years, evidenced by the two alternative labels to the left and right]

“Niki” was, according to Edward Simonsen’s own grand-nephew, the actual family dog. I don’t have additional information as to what made Niki so beloved as to become logo-worthy. But I can certainly conjure up a dramatized origin story in which Edward and Ethel step out their front door on Nagle Avenue one dreary Chicago evening to find a sad, rain-soaked spaniel pup sitting there on the doorstep. They give him the solid Danish name Niki and raise him into a prize-winning show pooch. Ed Simonsen even brings Niki over to the metal factory sometimes to give the boys a welcome distraction. “Ed loves that dog even more than making toolboxes,” a generic Simonsen employee never said.

Dog legends aside, we do have evidence that Edward Simonsen was still actively plying his trade well into his 60s. In 1957, he picked up a patent, shown below, for a new type of toolbox tray with moveable compartments. 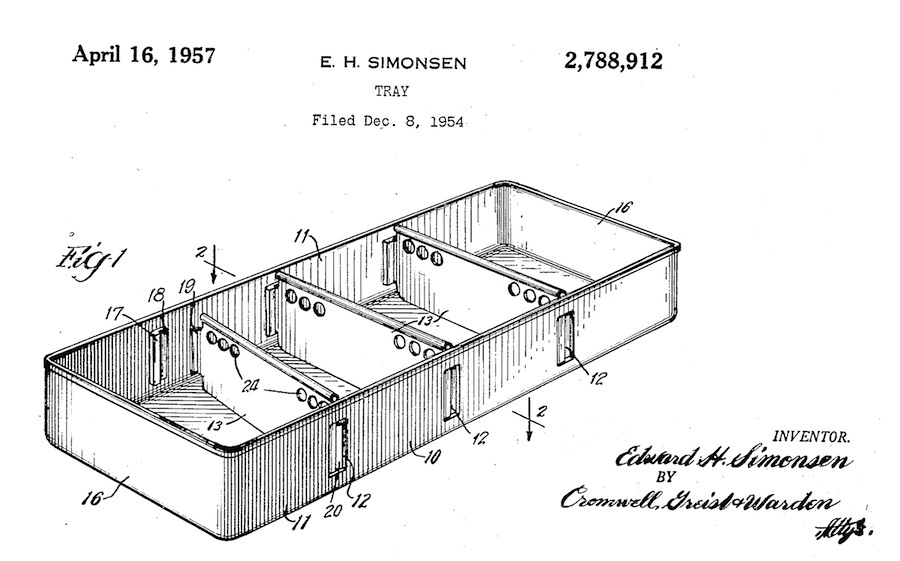 Our museum toolbox / tackle box looks like an earlier, less customizable model, as the individual tray compartments can’t be adjusted. The tray does function on a pretty cool pop-out hinge system, though, for maximum space efficiency. 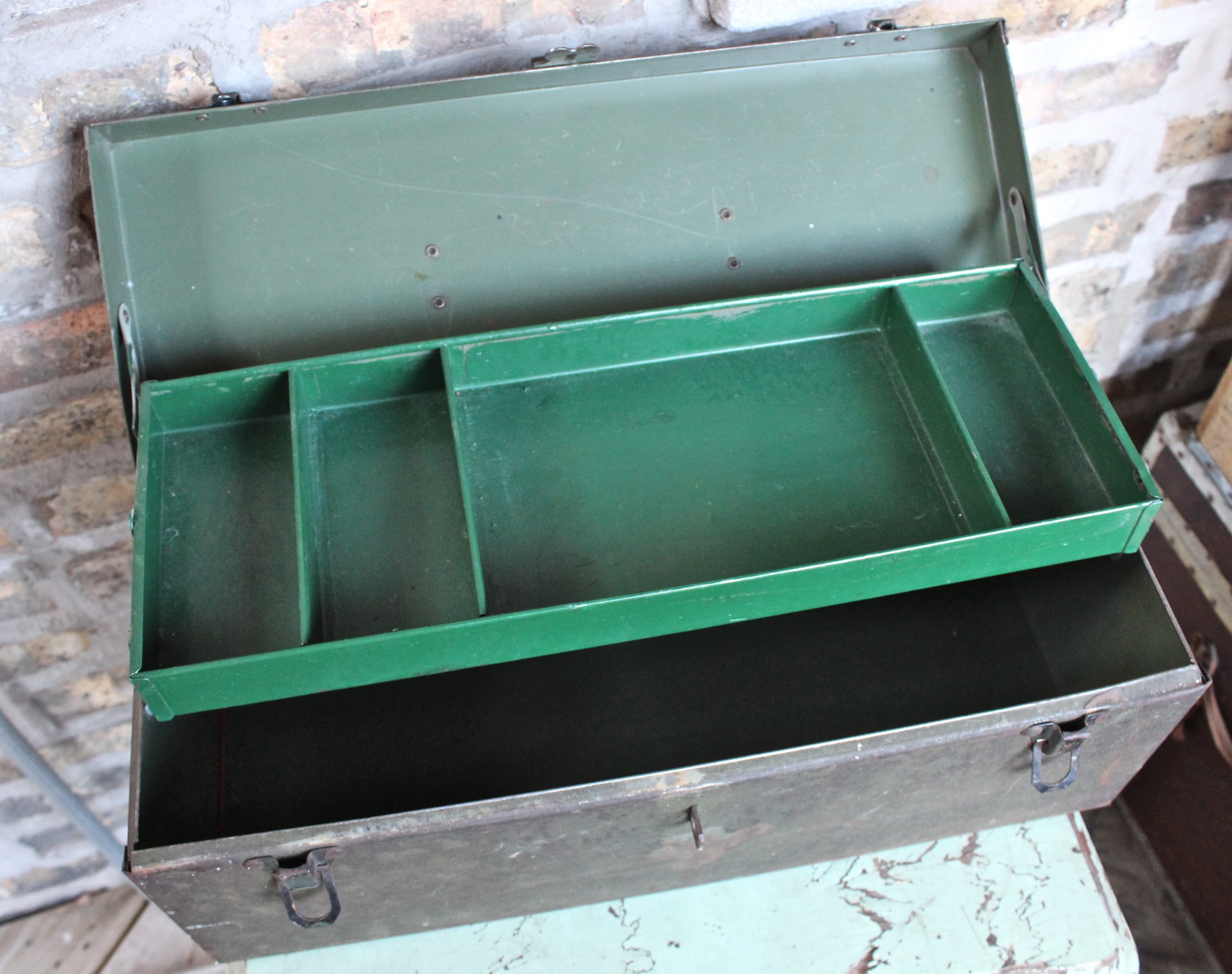 In the golden age of white-t-shirt-wearing dads walking around suburbia with either a toolbox, a tackle box, or both, Simonsen thrived. Their ads appeared in regional newspapers across the country, and the quality construction of their products made them good hand-me downs from the Greatest Generation to the Baby Boomers to Gen X.

The Chicago Avenue factory, meanwhile, was part of a growing “scene” of machine tool shops and other like-minded manufacturers. According to Anthony Dzik’s book Pillars of Kedvale Avenue, by the early ‘60s, Simonsen could count F&B Manufacturing, Endure Tool and Engineering, and Simplomatic Metal Stampings among its neighbors. The same stretch of Chicago Ave. was also home to the Hawthorn Melody Dairy and Burney Brothers Bakeries. 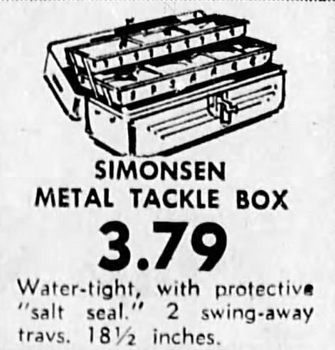 According to Edward Simonsen’s grand-nephew Bob, the business was reluctantly sold to Sears/Craftsman shortly before Edward’s death in 1966. From there, the name seemed to survive as a Craftsman subsidiary for a while until finally fading into obscurity and out of circulation by the 1980s.

Perhaps you’re thinking to yourself, “I bet Simonsen would still be around today if they’d used the obvious tagline: Simon Says, Simonsen!” And I agree with you whole-heartedly.

If you have more information about Simonsen Metal, particular if you worked for the company or know someone who did, please contact us and help us fill in the blanks. 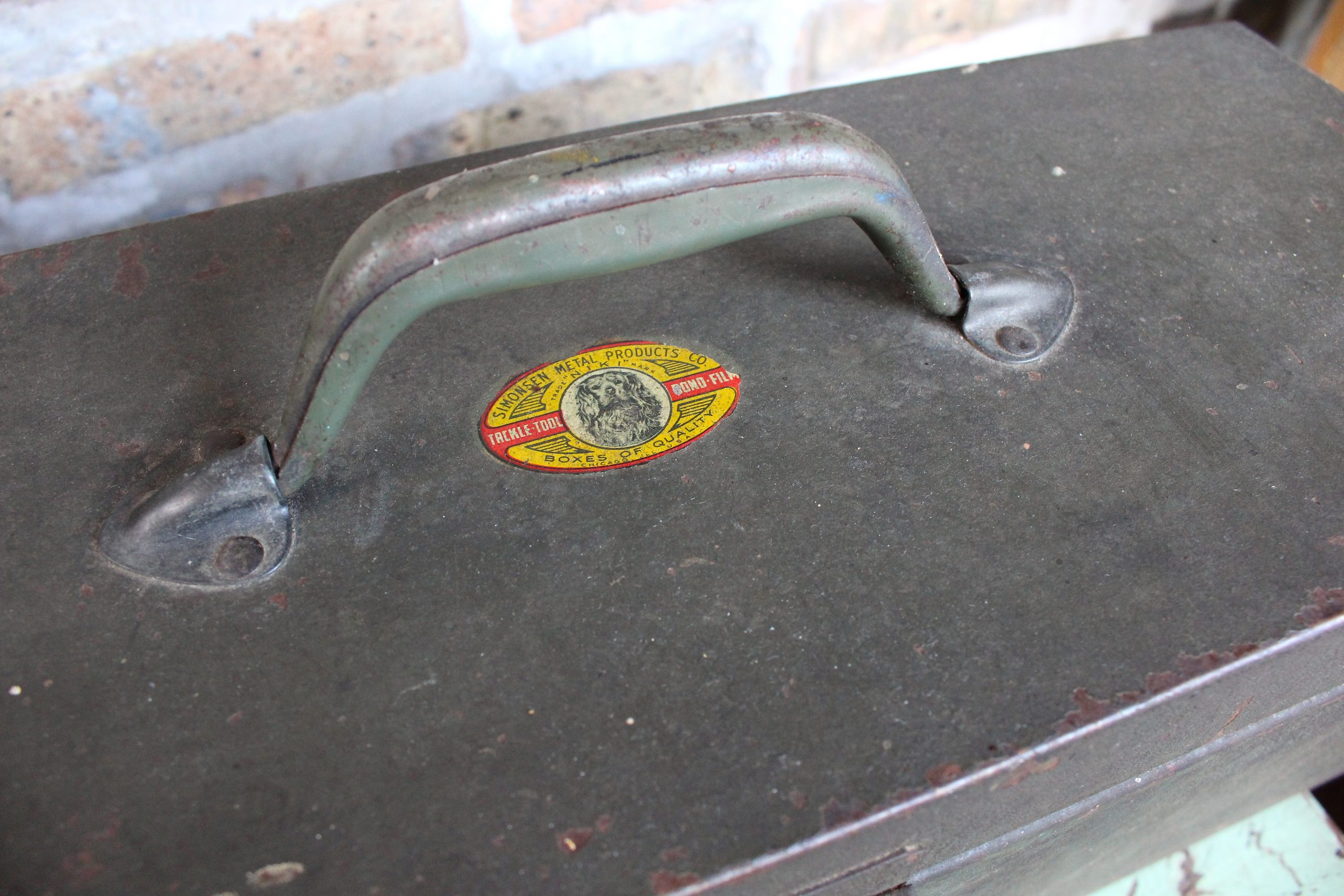 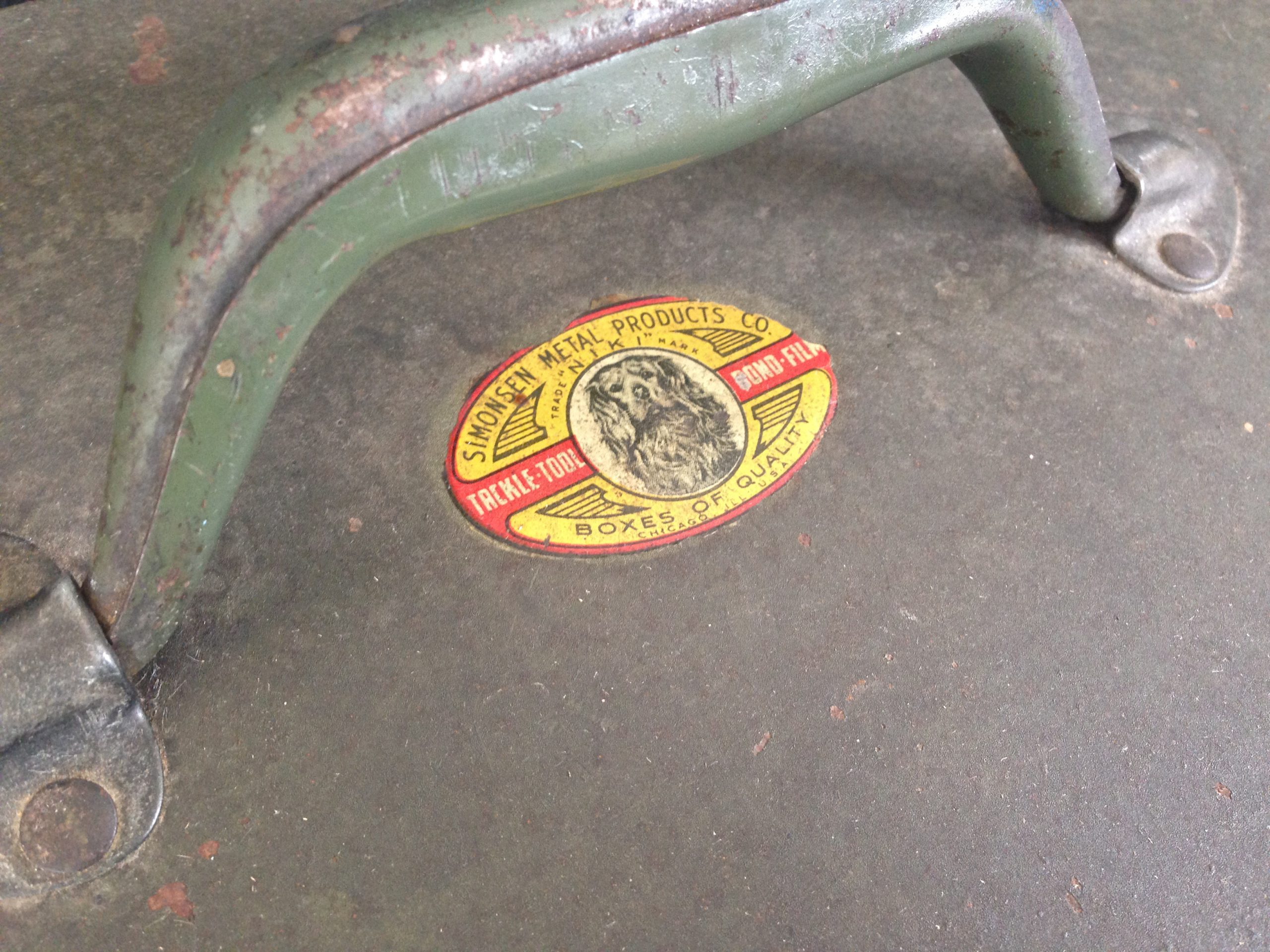 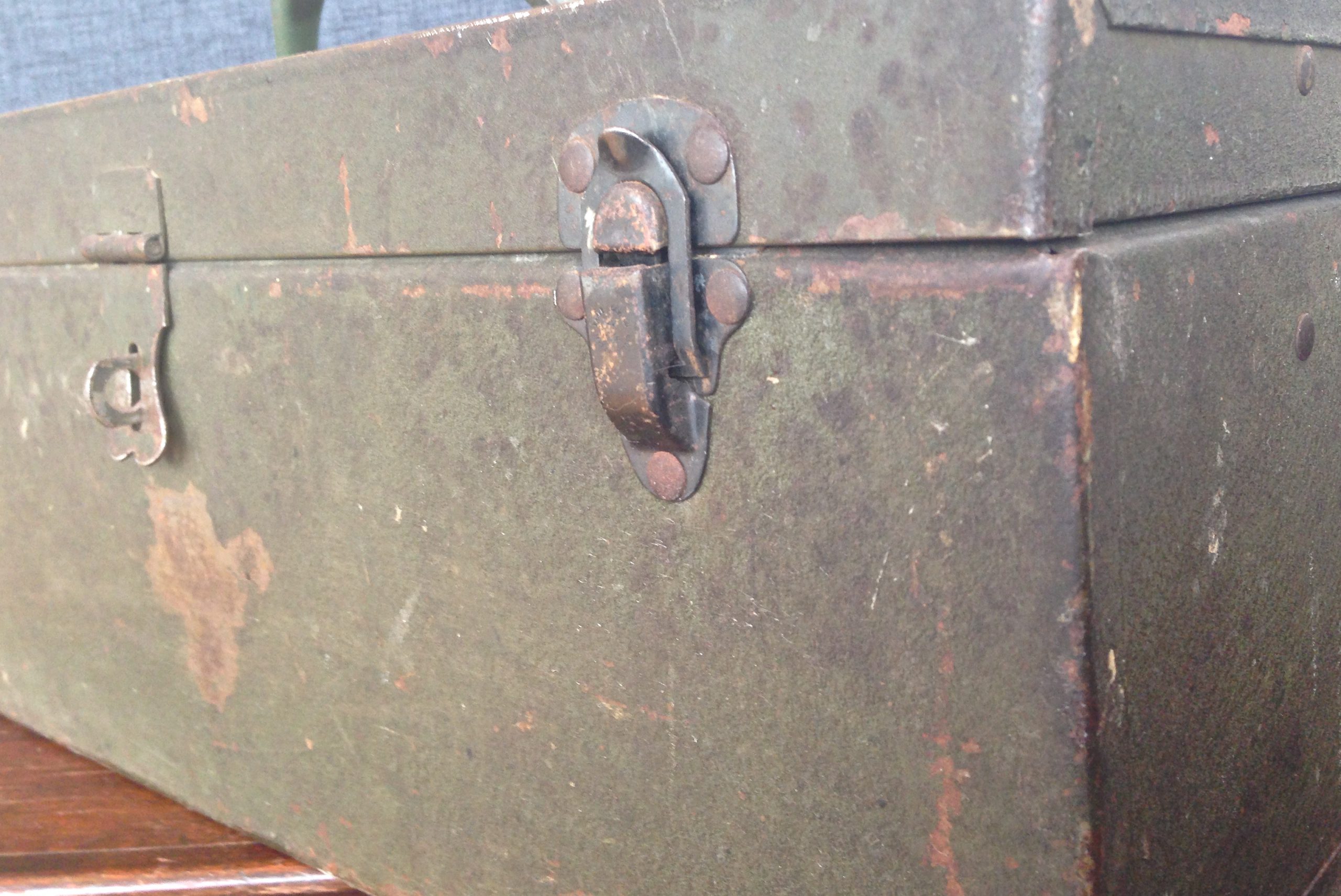 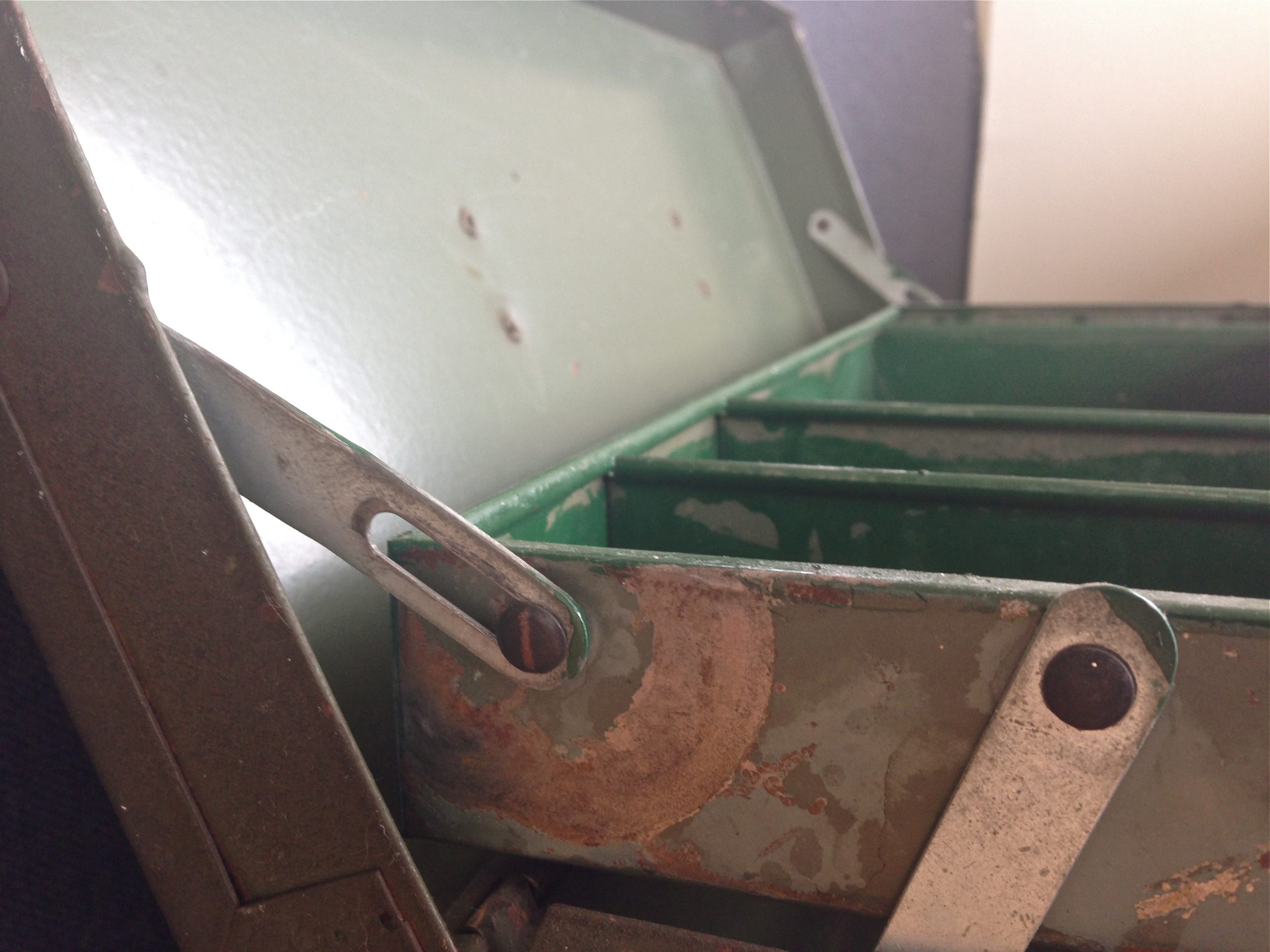 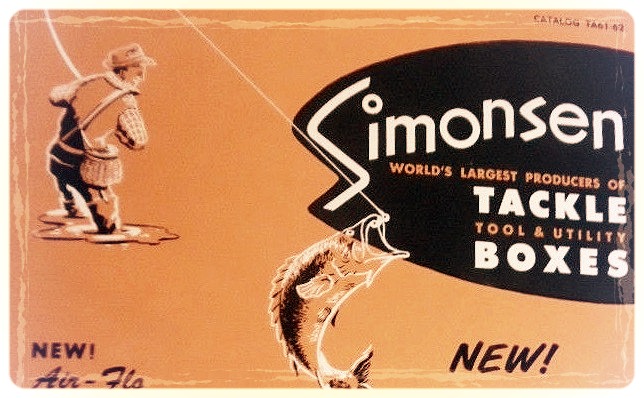 “Awesome article.  I recently acquired a roof top canteliever toolbox. It has KUHF USS 33579191 on it.  I think it was a military issue box.  If you have any more info I would really appreciate it.” —Amy Richardson, 2019

“I was just about to spray paint an old rusty green tackle box that was my Grandpa’s ( he loved to fish, died in 1973,) but decided to take a close look at the label first because it definitely had the look of a former era.  So happy to find out about Simonsen and the museum!  And so glad I didn’t spray paint this piece of history. It actually survived Hurricane Katrina!” —Jan Clements, 2018

“Was issued several Simonsen gable top tool boxes during my Time in the USAF. A solid, well built box, served me well.” —B. Samm, 2017

“It it’s from my understanding that Edward sold his company to Sears/Craftsman back in the 60’s.Niki was their beloved dog.I’ve was told by my late grandmother that he also was the one that created the piano type hinge for the toolbox.Edward was my Grandfather’s brother.” –-Bill S., 2017