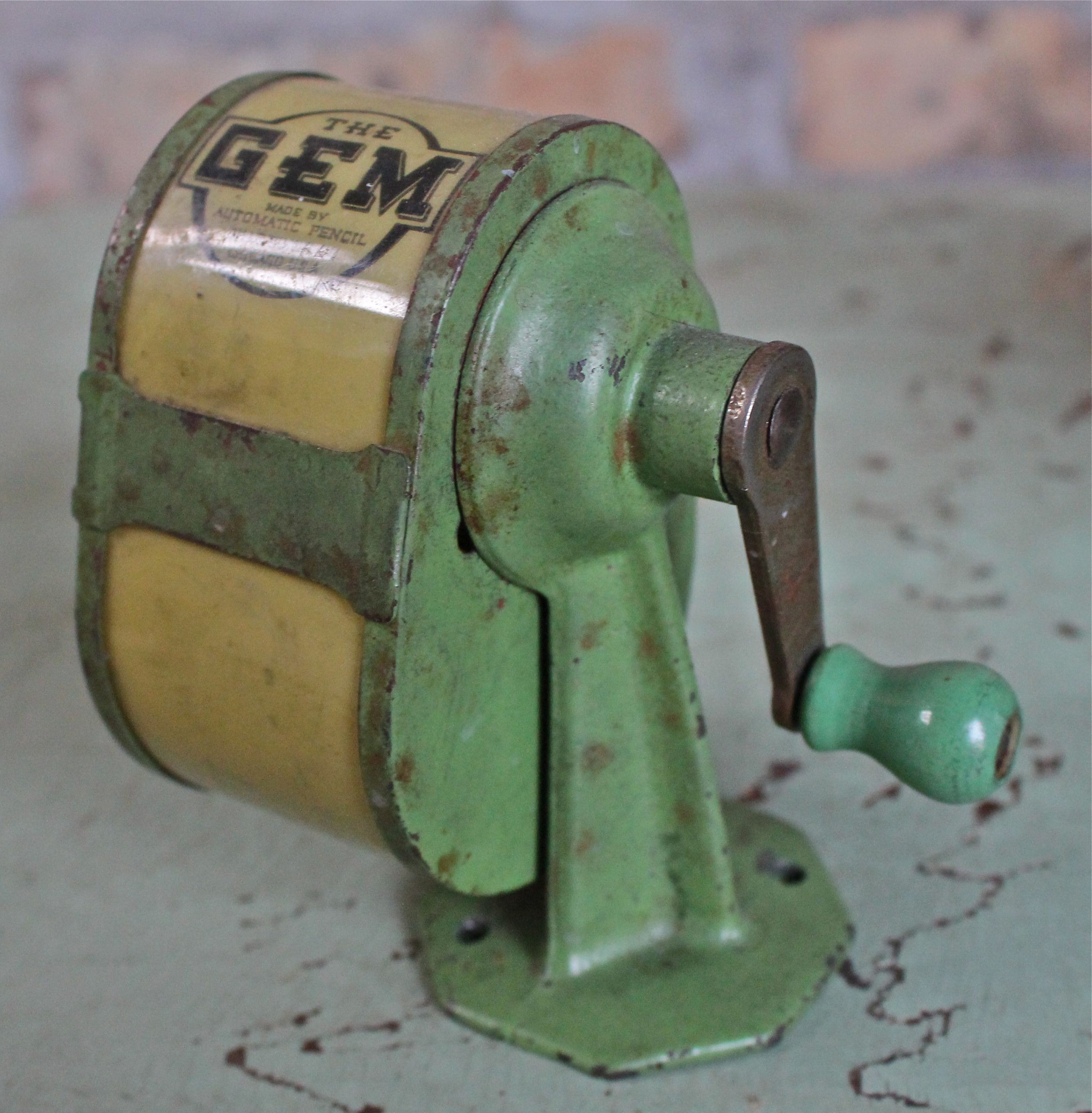 “The Gem” was another model of 1920s hand-crank wonders from Chicago’s Automatic Pencil Sharpener Company, aka APSCO. It’s bit lighter and smaller than the “Chicago” brand or the “Giant” (both of which we also have in the museum), but the essential function and design is pretty darn identical.

We do have a full history of the Automatic Pencil Sharpener Co., which you can read over on the page for the Giant sharpener. It goes into great detail about APSCO’s epic 1920s patent battles, as well as the dancing skills of company president E.C. Loomis. 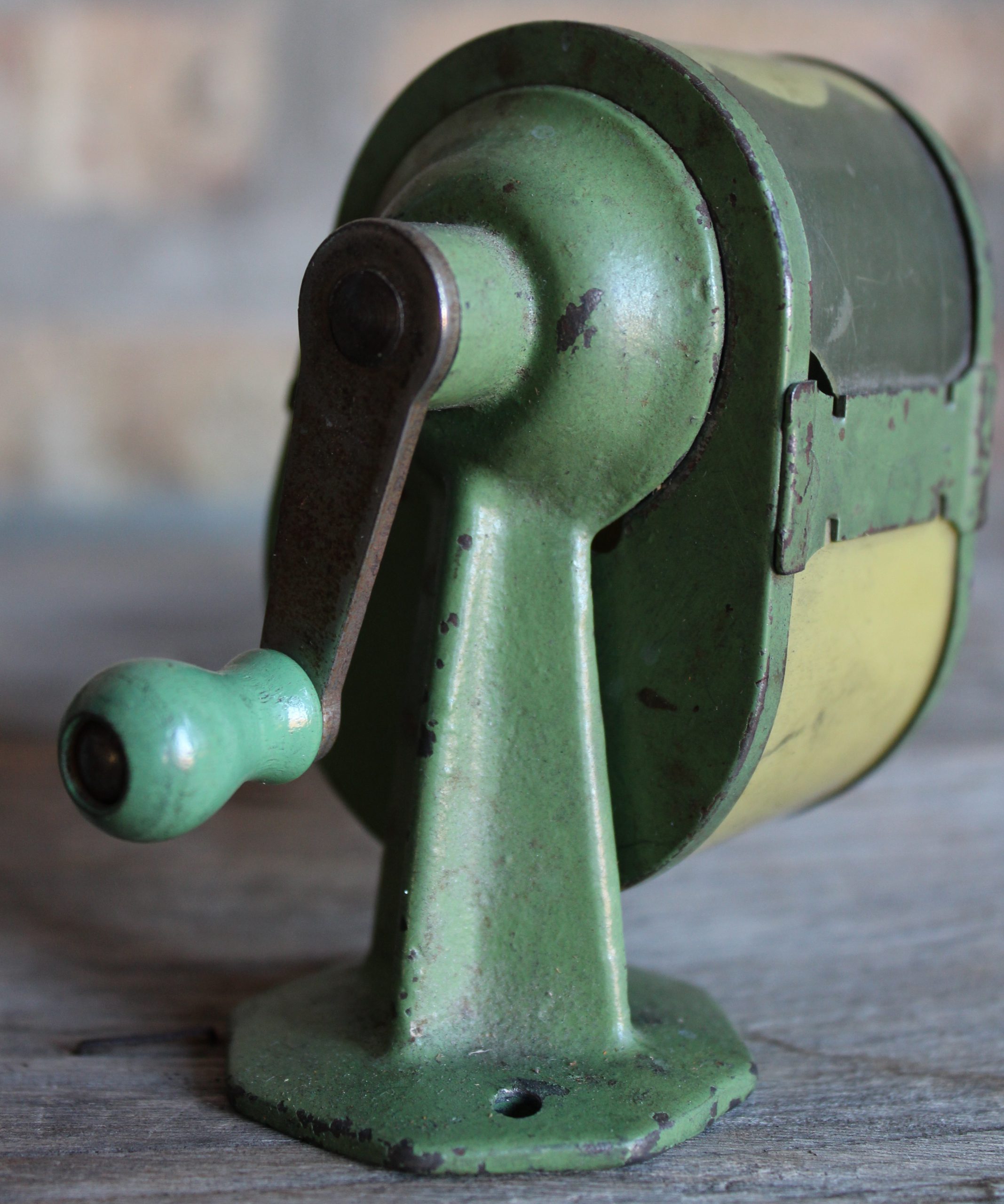 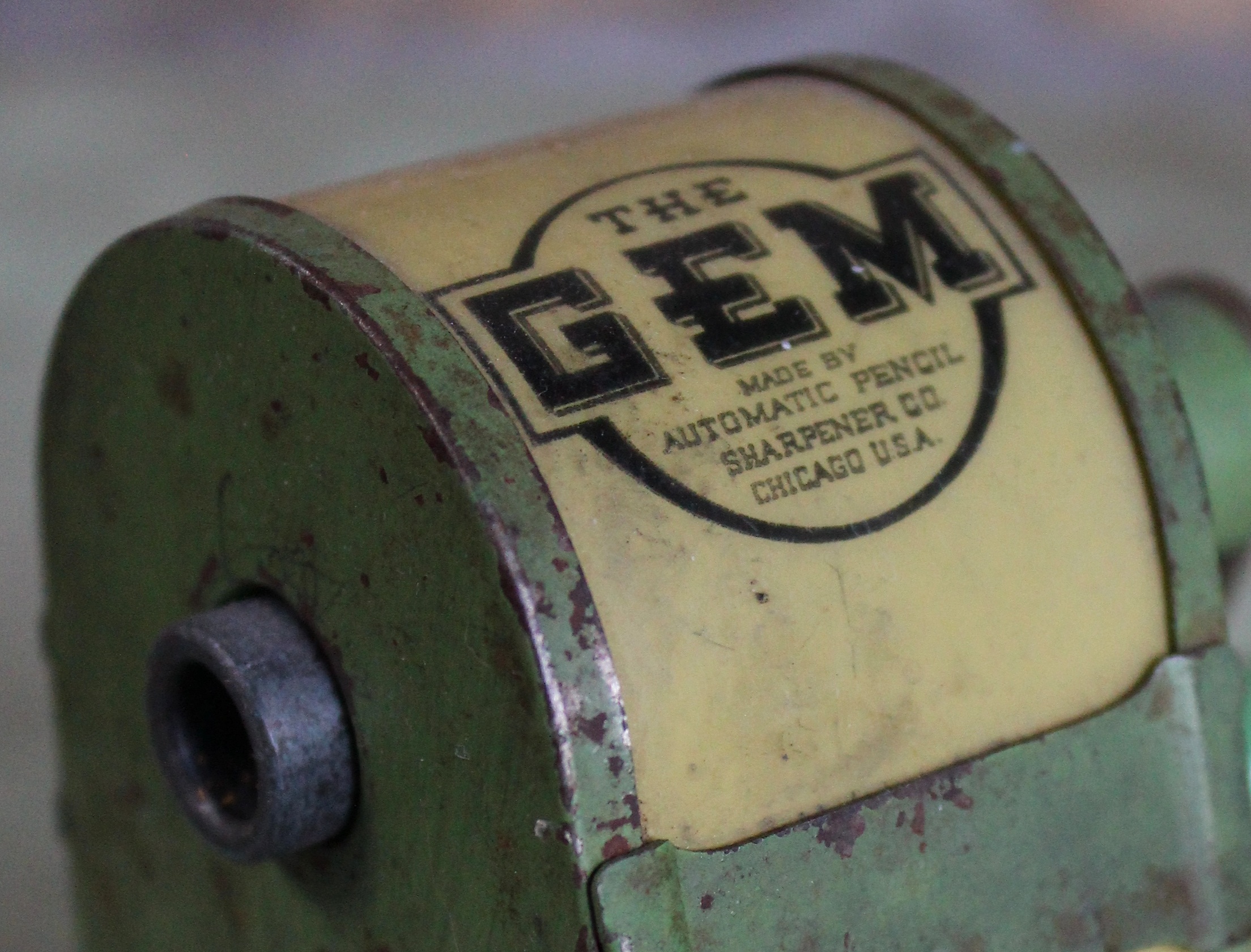 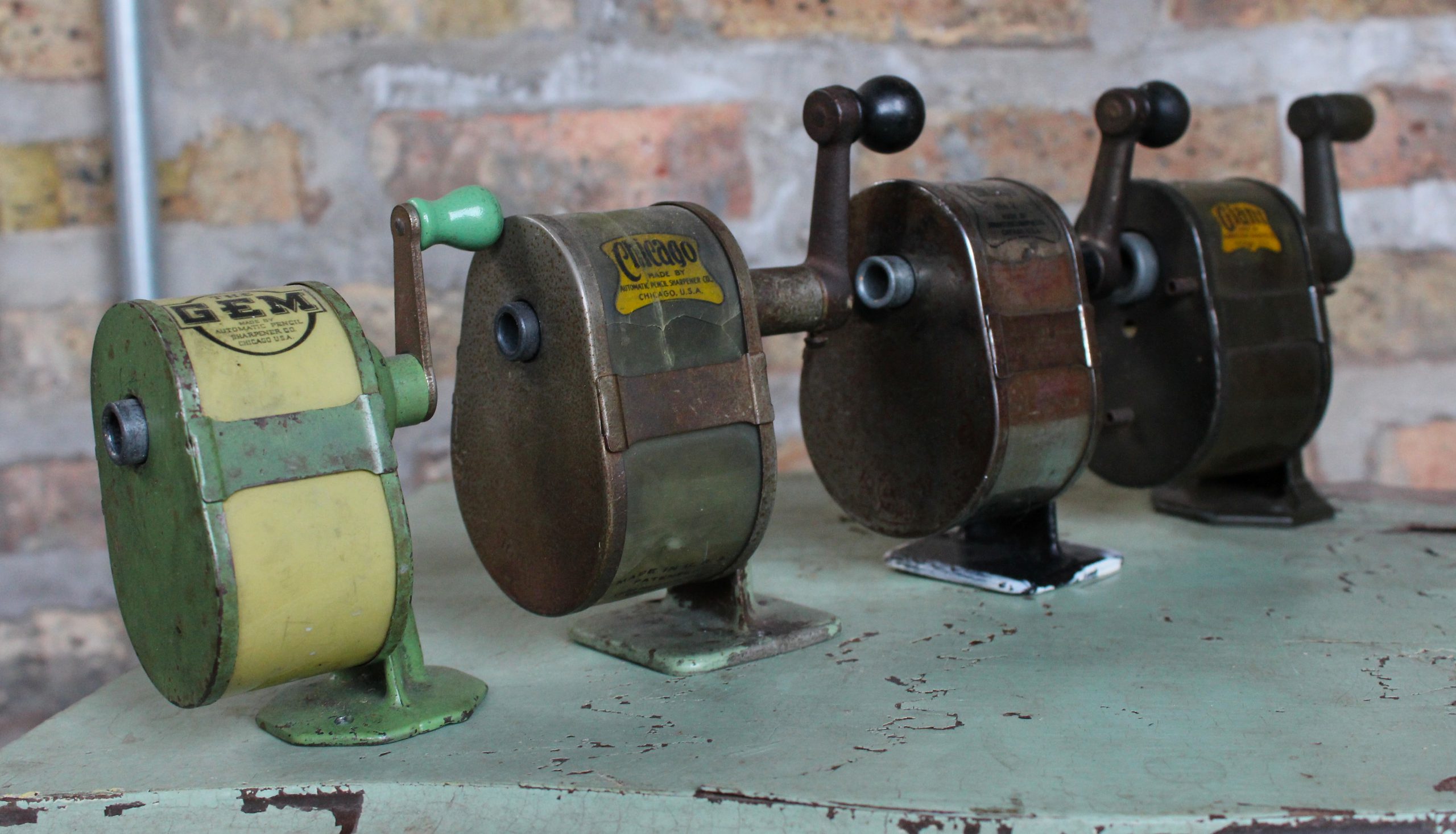