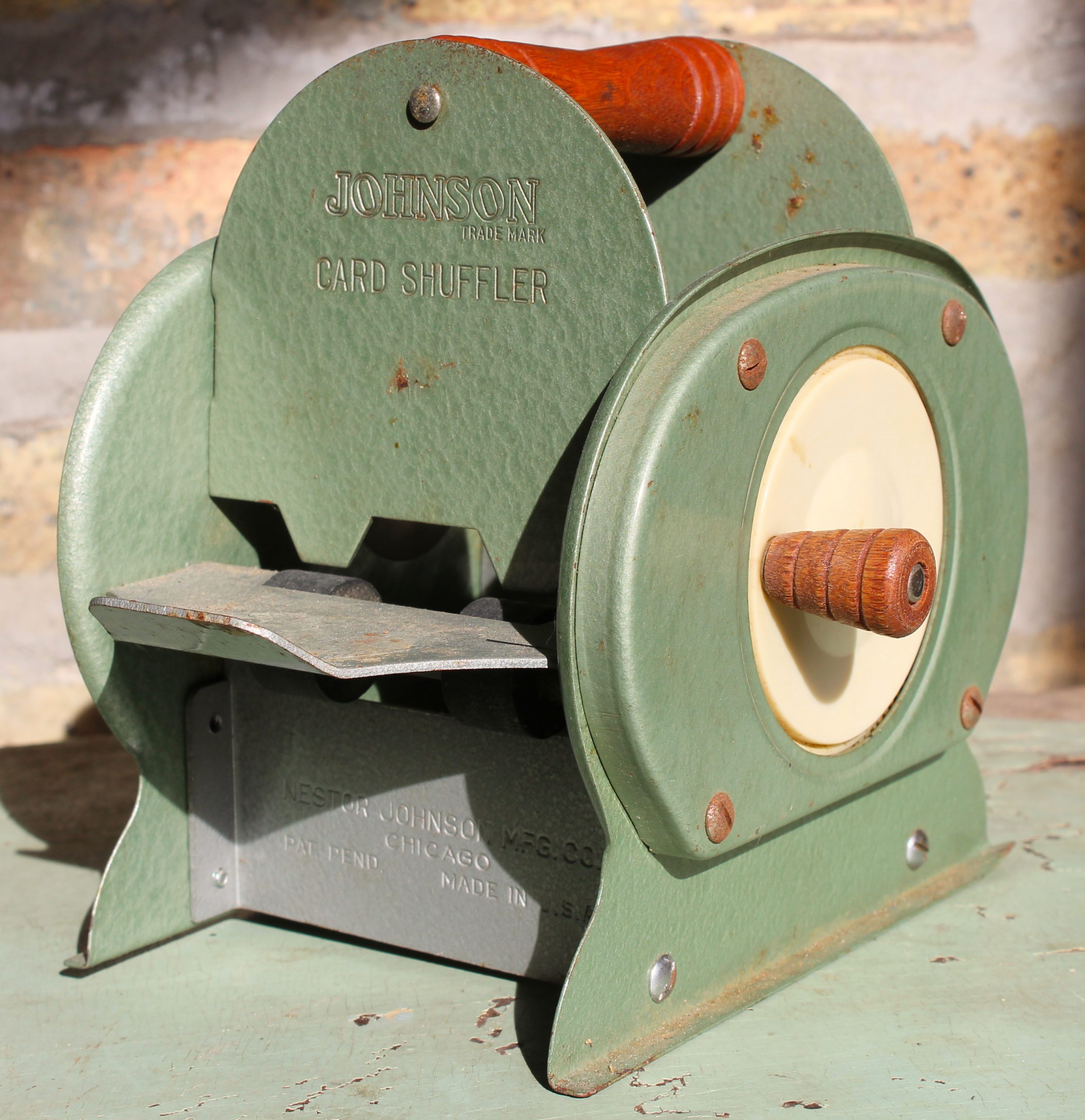 Skillfully shuffling a deck of cards, much like stoically smoking a pack of cigarettes, was a universal method of establishing one’s coolness in 1950s America. The risks of the manual shuffle, however—much like the cigarette smoking—were numerous and potentially deadly. And I’m not just talking about the carpal tunnel and paper cuts. If an amateur card shark failed to evenly redistribute his hearts and clubs, his cohorts might elect to hit him with clubs until his heart stopped.

Fortunately, right at this point in history, a new option became available—an exceedingly less cool one by comparison, but an alternative nonetheless. The age of the automatic card shuffler had begun. 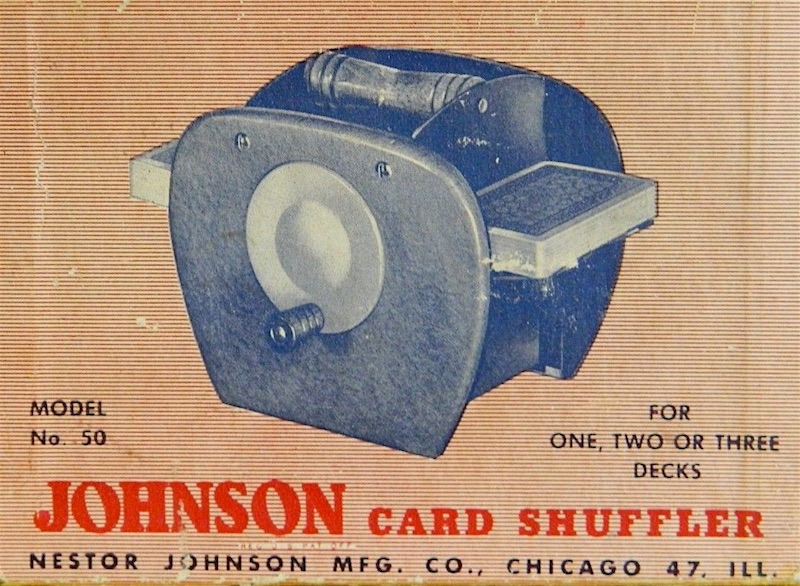 While there were a few different crank-operated shufflers that appeared in the early 1950s—including one from Chicago’s Arrco Playing Card Co.—it was another Chicago company, Nestor Johnson, that really cornered the market. We have two such shufflers in our own collection, and in general, these short-lived devices remain surprisingly easy to find at your average neighborhood resale shop. You might go as far as to assume they were Nestor Johnson’s signature product, but in fact, Nestor Johnson himself never even knew these things existed. His business, as many former hockey players, figure skaters, and rink lovers will surely know, was something entirely different.

For the 40 years prior to the card shuffler’s debut in 1950, and at least another quarter century after, the Nestor Johnson MFG Company’s main stock and trade was ice skate manufacturing. Back in the 1920s, they were part of Chicago’s unofficial “Big Three” with F.W. Planert & Sons and the Alfred Johnson Skate Co. You can get that full backstory by clicking below, or you can scroll on for some more info on the card shuffler.

For a history of the Nestor Johnson MFG Co’s far more lucrative and long lasting success in the ice skate business, check out our Johnsons Ice Skate page here or by clicking the image below. 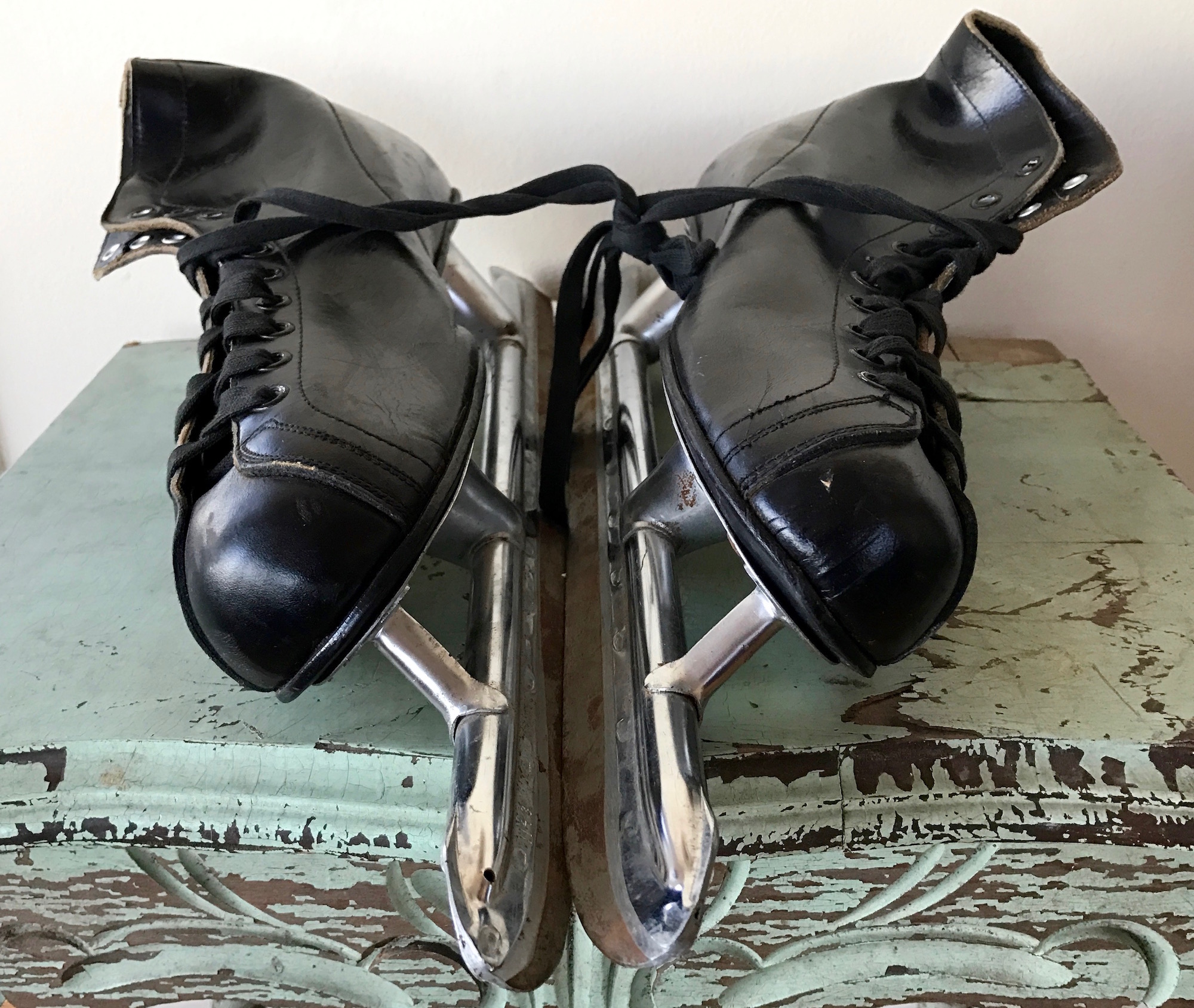 So, yeah, ice skates and all things related to them; that’s where Johnson made its money for decades. As competition started to mount from cheaper national sporting good suppliers in the post-war 1940s, however, the Nestor Johnson MFG Co. needed to start casting a wider net.

Working at the company’s longtime headquarters on Springfield Ave. in Hermosa, an experienced Johnson employee named Rudolph Notz was hard at work on this problem. In 1950, he applied for a patent on a new product he hoped could provide a much needed new flow of revenue. He called it a “playing card shuffler device,” and within weeks, it was part of the Nestor assembly line. 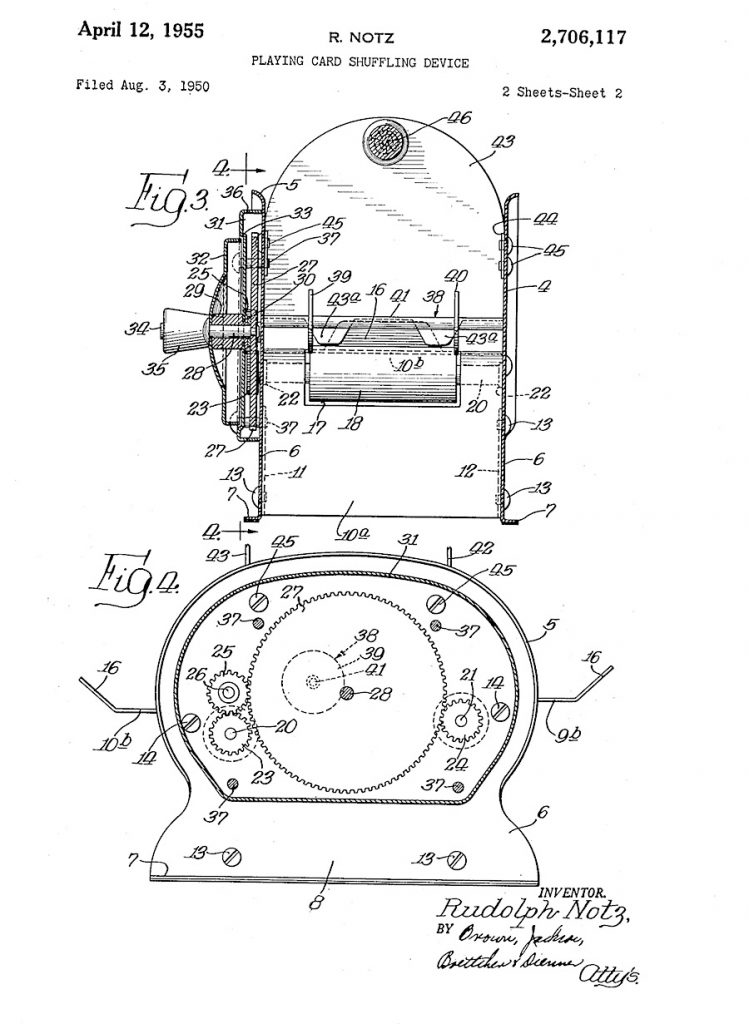 “Mechanical card shufflers appear to be moving well,” a 1950 issue of Billboard reported. “Nestor Johnson is producing a steel shuffler with chrome trim and rubber rollers. By turning a crank, the machine shuffles rapidly up to three decks of cards. The cards automatically are stacked and ready to deal—$4.93 item.”

The actual instructions of the original Johnson Shuffler made bolder claims: “Two shufflings on your JOHNSON Shuffler will produce a mixing superior to hand shuffling.” 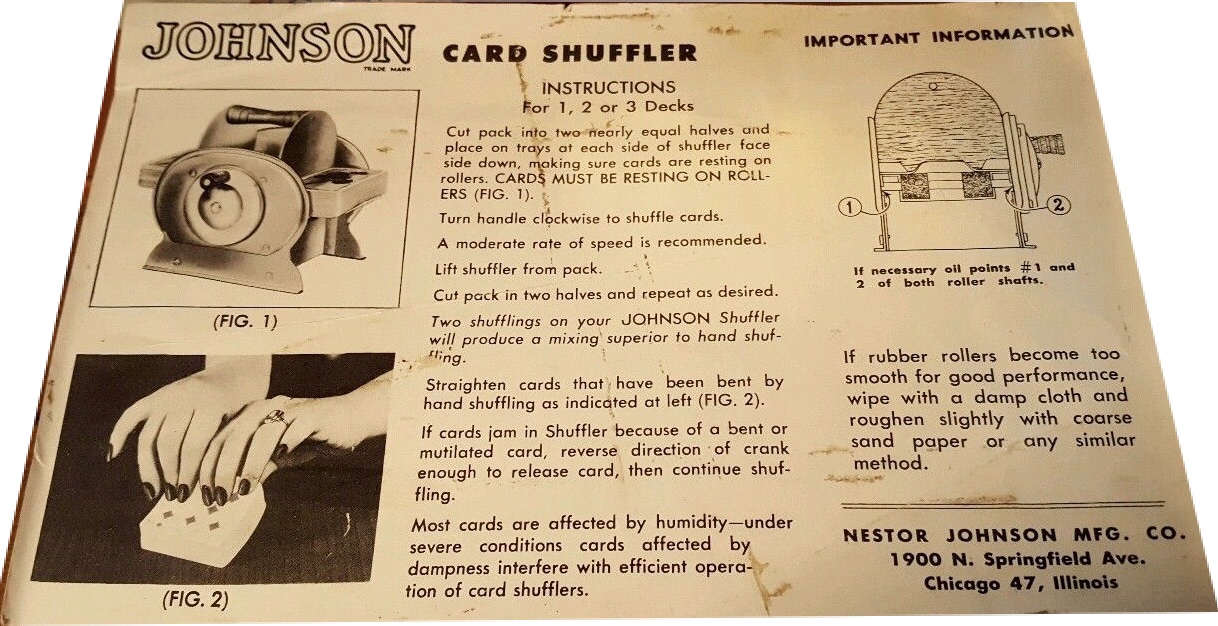 Ignoring the hilarious potential misinterpretations of repeated “shufflings on your Johnson,” the product marketing proved successful, and the product sold well throughout the 1950s.

Nestor remained at its Springfield Ave location through these years, and maintained offices there even after the company was bought out in the 1960s by New York’s Servotronics, Inc. They were still producing ice skates into the 1970s, but the card shuffler trend didn’t seem to have the same staying power. The vast majority were made in the 1950s, with little evidence of further production in the years after. 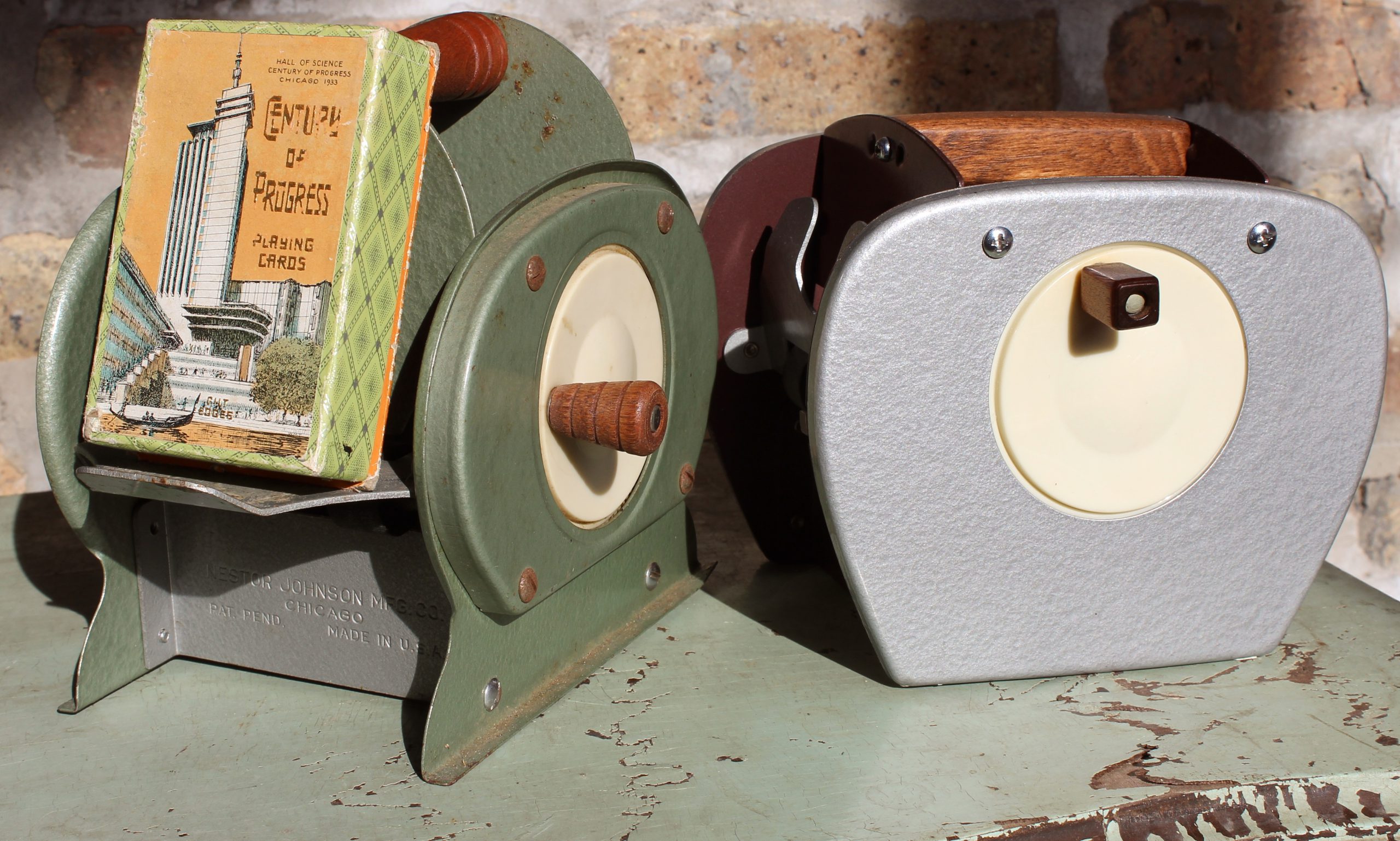 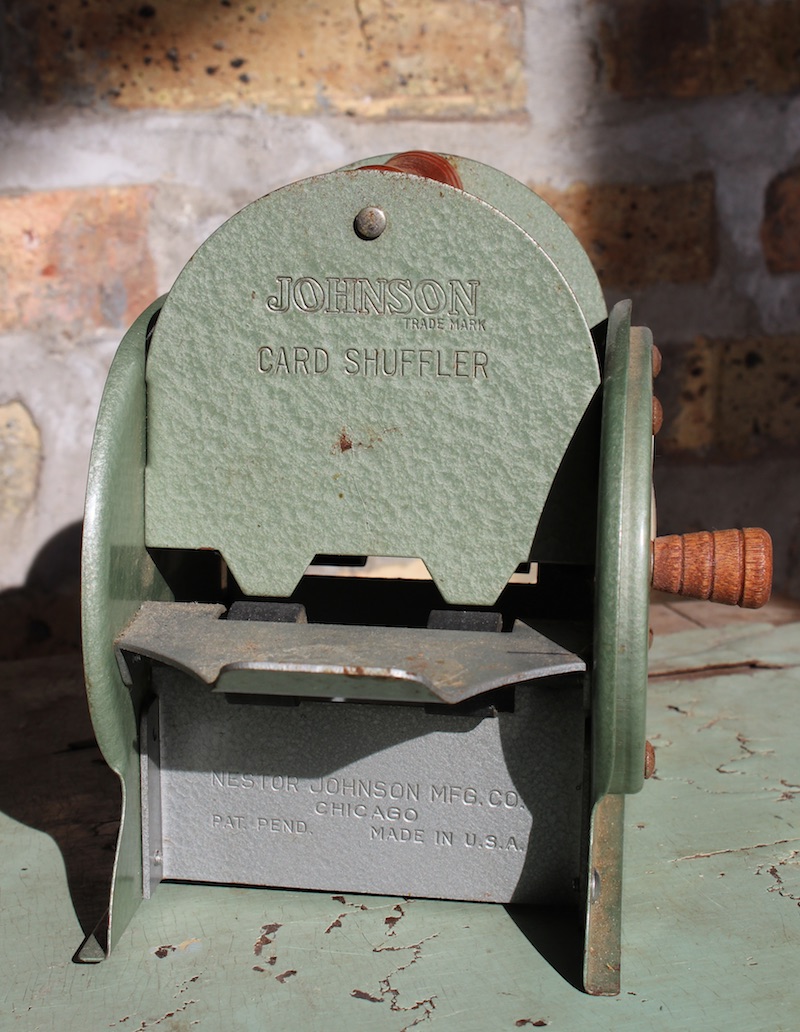 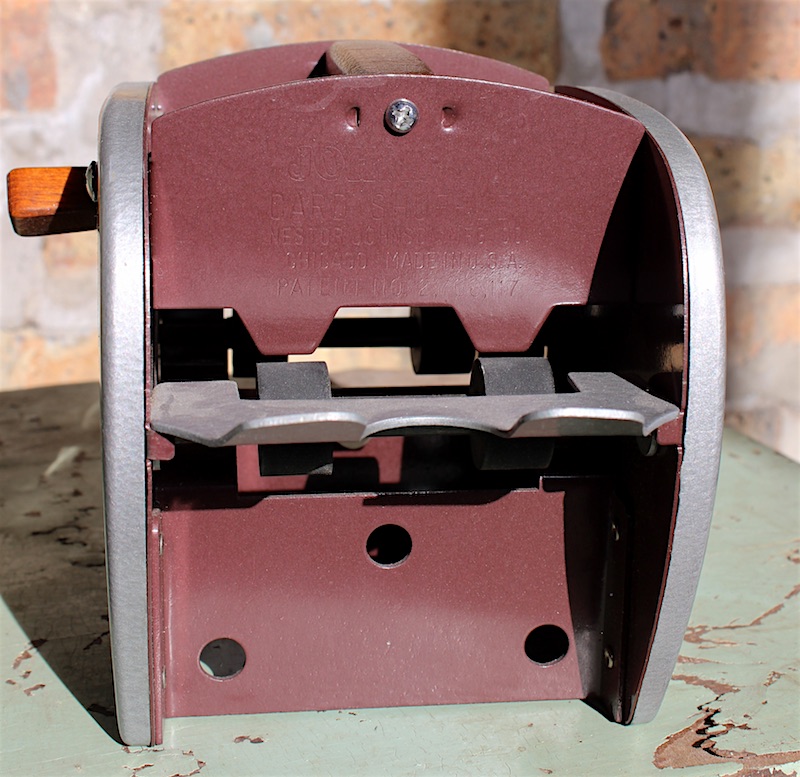 “I have a Nestor Johnson card shuffler.  I play bridge with a couple of women who are in their mid–eighties. I find some cards work better than others.  There is also an apparent wear on the gears behind the turner.  Can these be replaced?  If so how and where should I go.  Who says old things were made to last.  This was a fine company.” —Sls, 2018