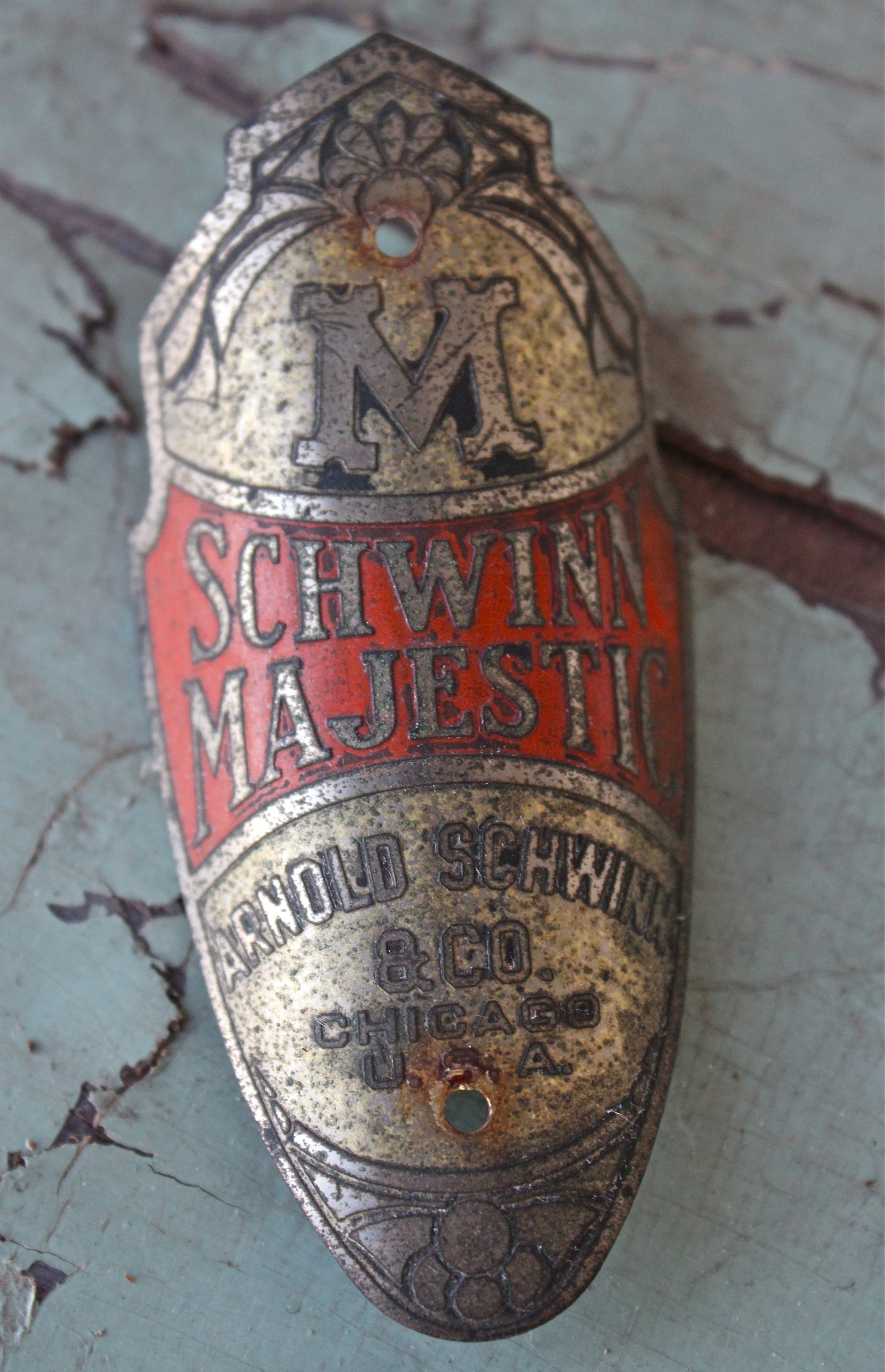 These days, a head badge on the front of a bicycle is basically just an identification tag—a flat plastic hood ornament for lazy brand recognition. As you can tell by this flashy metal Schwinn “Majestic” badge from the deco era, however, even a small, functionally irrelevant bike part used to get the full VIP treatment down at the Arnold, Schwinn & Company plant on Kildare Avenue.

Close up, it looks grand enough to have been the gold shield of a marketing-conscious Roman soldier, or at least a very courageous mouse, if we’re considering its actual dimensions. The badge’s ornamentation, vivid colors, and precision craftsmanship are emblematic of the way founder Ignaz Schwinn wanted his company—and his product—to be thought of by the biking public. Smooth, streamlined, durable, classy.

Read the Made In Chicago Museum’s complete History of the Schwinn Bicycle Co. here.

As noted above, our primary Schwinn History page is tied to another artifact in our collection—a green, 1970 “Hollywood” women’s bicycle. Incidentally, the original head badge is still attached to the bike, but by that point in time, Ignaz Schwinn was long gone, and the badge production had become a bit more uniform and vanilla across various Schwinn models. The word “Chicago” was at least still featured at the bottom of the badge; a factor that separates the original Schwinns from the Chinese imports produced over the past 25 years.

As for the vintage Majestic badge, it’s been rather unfortunately separated from the bike to which it was presumably once attached. The Majestic bicycle, which was a pretty kickass looking “ladies bike” for its time, was not one of the better known Schwinn models, and it wasn’t in production for all that long. But I believe our badge would have likely been paired with something along the lines of the 1948 Majestic Klunker pictured below, if not one of the earlier pre-war versions.

If you know more about the Majestic and its place in the Schwinn pantheon, do let us know. 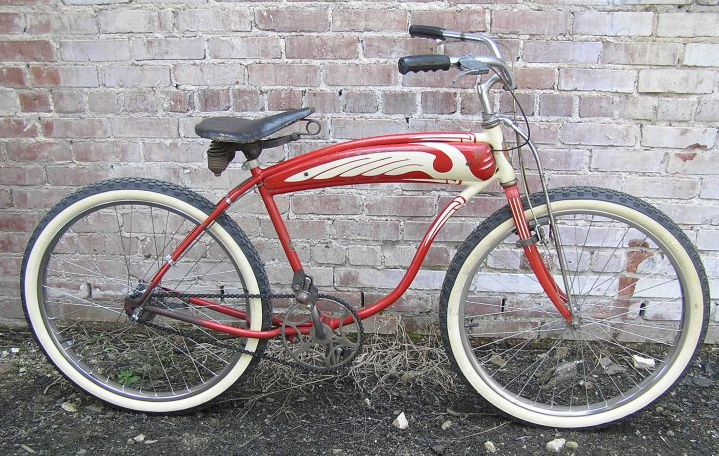 [This 1948 Schwinn Majestic Klunker isn’t part of our collection, but it’s the type of bike on which our head badge might have been found] 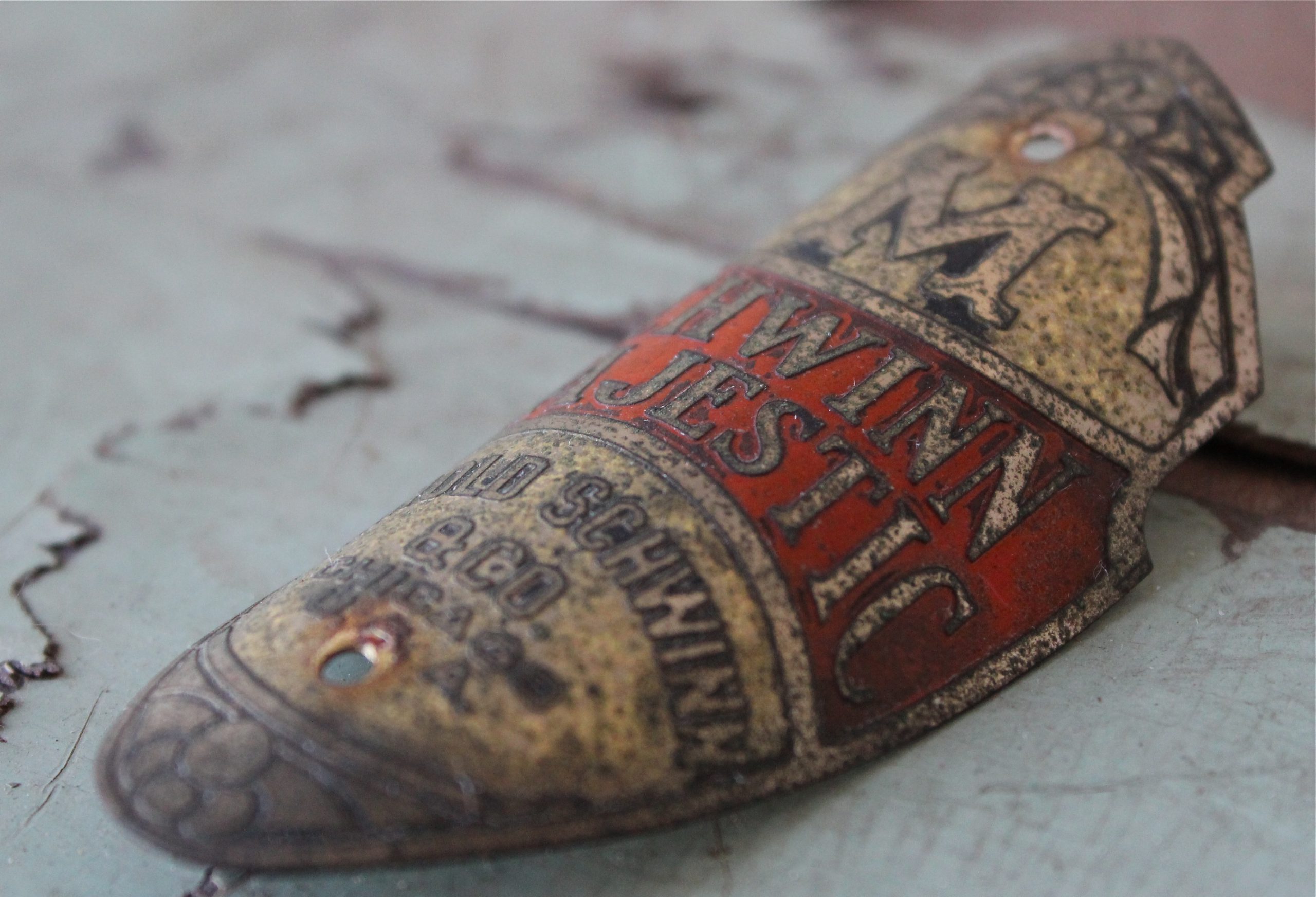 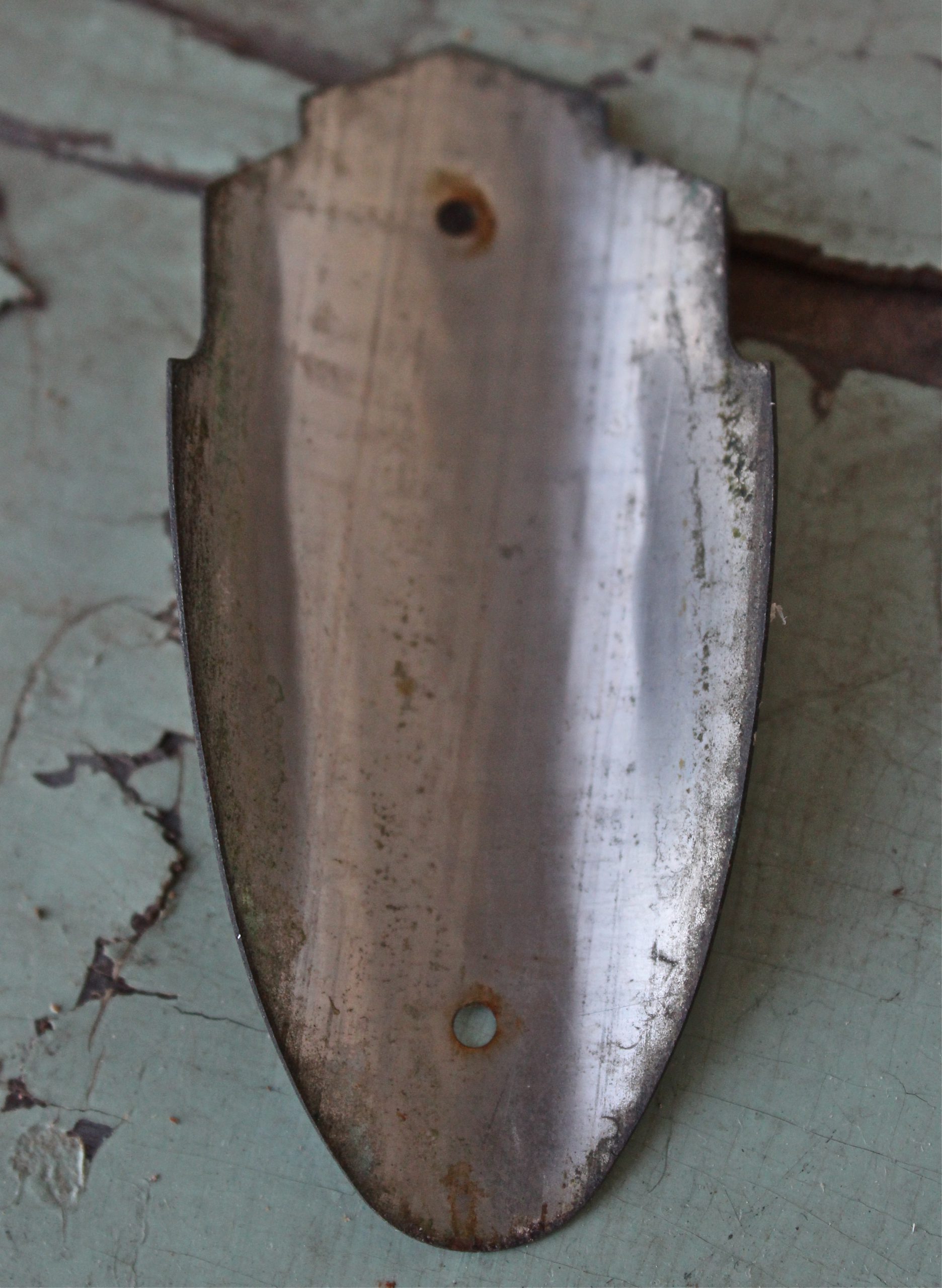 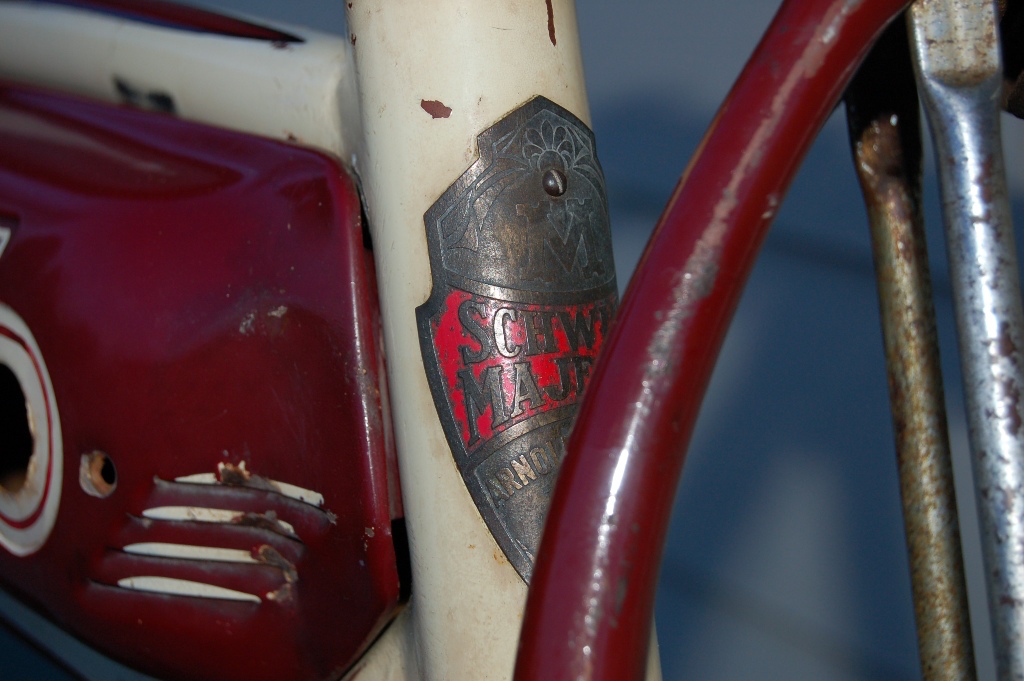 [How a similar Majestic badge looks on an actual refurbished 1941 Majestic bike, courtesy of The Classic and Antique Bicycle Exchange] 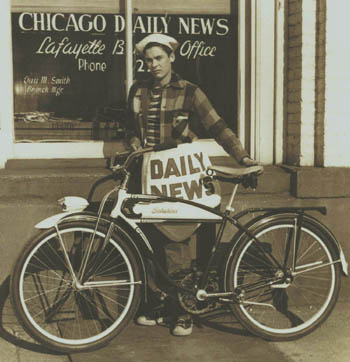